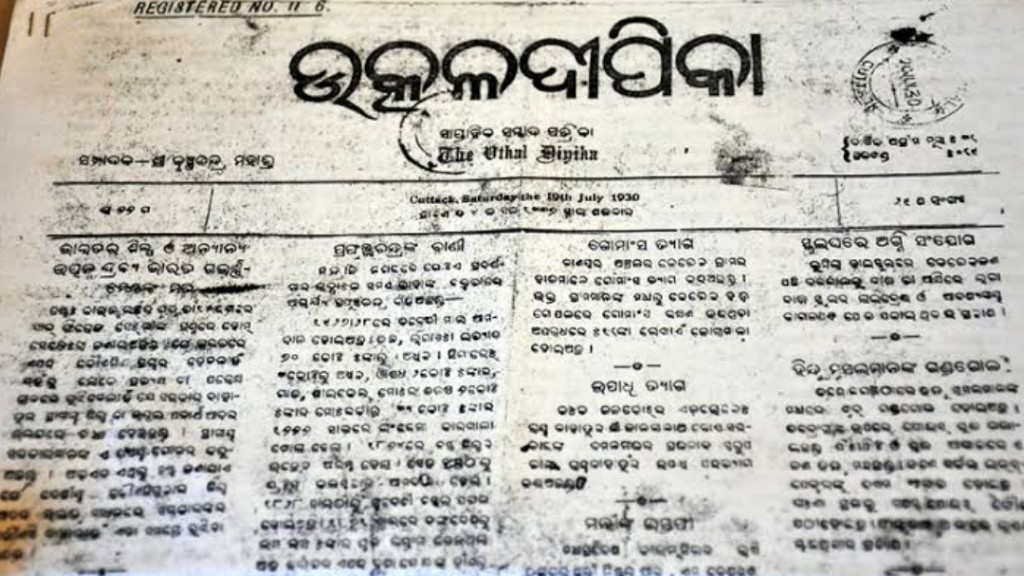 The weekly paper was started by Gourishankar Ray and Babu Bichitrananda Das, for which 4th August is celebrated as Odia Journalism Day.

Here we bring you 10 facts about Odisha’s first newspaper and Odia journalism.

2) Utkal Deepika was instrumental in campaigning to bring all Odia speaking areas together under one administration, to develop Odia language and literature and to protect Odia interests.

3) The first Odia magazine came before the newspaper – in 1861. It was named Bodha Dayini and was published in Balasore. It aimed to promote Odia literature and draw attention to lapses in government policy.

4) The turning point in Odia journalism came when Sashibhusan Rath published the first Odia daily newspaper from Berhamour in 1928.

5) Pandit Gopabandhu Das founded Samaja in 1919 as a weekly to support the Indian freddom struggle.

Samaja was made a daily in 1930, and ultimately played a role in the freedom movement of Odisha.

6) It is widely believed that Odia newspaper industry came of age with Sambad, as it introduced many first in the Odia media industry such as photo type setting and offset printing.

7) The nineties saw more expansion in the media scene with publication of more Oriya dailies and consolidation of the established ones.

8) At the end of 1964 there were 70 papers published in Oriya language (four dailies, nine weeklies, 38 monthlies and 19 other periodicals). By 2010 there were as many as 52 dailies approved by the I &PR Department of Orissa.

10) Oriya newspapers and periodicals are published from many places, even from small towns in Orissa and several cities outside the State, where there is a sizable Oriya reading population like Kolkata, Delhi, Mumbai, Surat, Vijaynagaram.