The department of culture of the government of India accorded it national festival status in 2014.

1. The festival lays credence to the age-old doctrine of victory of good over evil.

It was first held in Bargarh in an organised way in 1948 and since then has grown in stature with massive footfall every year.

Several other towns and villages of western Odisha are following in the footsteps of Bargarh. 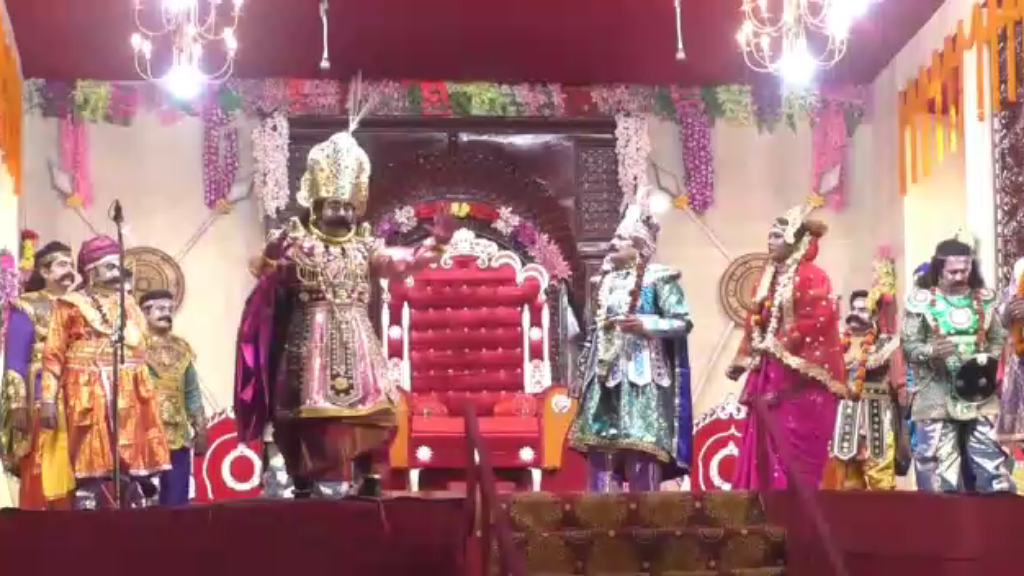 2. The yatra is around an episode of Krishna and Balaram’s visit to Mathura to witness the Dhanu ceremony organized by their (maternal) uncle Kansa.

It revisits mythology with the episodes of dethroning of emperor Ugrasena by angry prince Kansa over the marriage of his sister Devaki to Vasudeva.

The birth of Lord Krishna, death of Kansa and Ugrasena being restored as king.

4.A 10 sq-km area of urban settlement is transformed into Mathura, the birthplace of Lord Krishna, during the festival.

The village Ambapalli is brought alive as mythological Gopapur while the river Jeera is depicted as Yamuna.

5. There is no written script used in these enactments and Dhanu Yatra.

The Guinness Book of World Records mentions it as a well-decorated marquee turning into the durbar of King Kansa where he commands and decrees from the stage with thousands of melodramatic sequences.

6. The demon king, seated on a festooned elephant also strides the streets of his kingdom while issuing royal commands to his subjects.

7. A procession of over 2,000 actors dressed as soldiers is a major draw of the festival. It’s a visual treat to watch soldiers traverse the streets showcasing their weapons and arms.

8. Over a hundred skilled actors also put up scintillating performances immaculately portraying the childhood days or Balya Lila of Krishna and death of the demon king in his hands. 9. The festival provides a platform to over 3,000 folk singers and dancers along with professional artists of 130 troupes that perform during the Dhanu Yatra.

10. Dhanu Yatra has become an inseparable ingredient of the socio-cultural life of Bargarh with locals never missing a chance to join it.

They also maintain the sanctity of the fete and abstain from eating non-vegetarian food during the 11 days, in reverence to Lord Krishna.