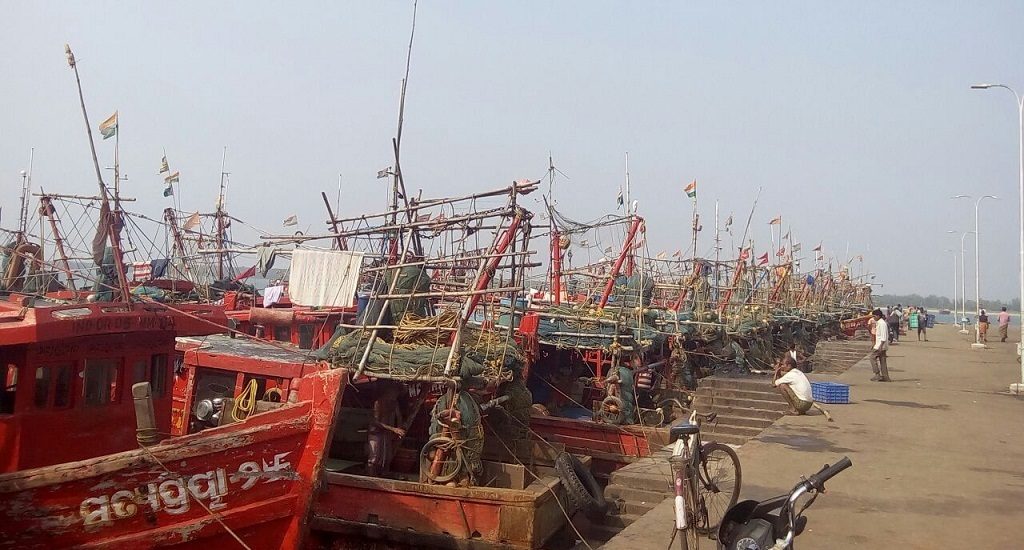 Kendrapara, April 14 (LocalWire): The government has imposed restrictions for fishing by mechanised fishing vessels from 15th April to 14th June in the state to conserve fish at sea during the breeding period.

To avoid disturbance caused by trawlers during the breeding season, the fishermen have been instructed not to venture into the sea during the ban period, joint director (marine), Pratap Rout said.

The monsoon trawling ban was introduced in 1998 to help unhindered breeding of fish in the sea during the rainy season, he added.

The ban extends to 12 nautical miles off the Odisha coast, and applies to all kinds of trawlers and mechanised boats beyond 8.5 meter long. This ban aims at conserving fish during the monsoon, which is the spawning season for many varieties of fish, including shrimp and Hilsa, Rout explained.

‘The fisheries department-registered 22,037 fishing vessels, including 1754 registered trawlers and 630 trawlers of Paradip fishing harbour, which sweep the eggs and young ones, will not be allowed to venture into sea.

The ban is enforced to conserve the resources. It saves the mother fishes as well as the young ones, thus avoiding the depletion of resources, added the fishery officer.

The traditional fishermen have been exempted from the ban. However, they are permitted to carry fishing only in the territorial waters and catch only pelagic fish, added the officer.

Many fishermen welcomed the holiday season during the breeding period.

Meanwhile the fishery officials have started organizing meetings among the marine fishermen to convince them not to fish during the breeding period said, added Rout.