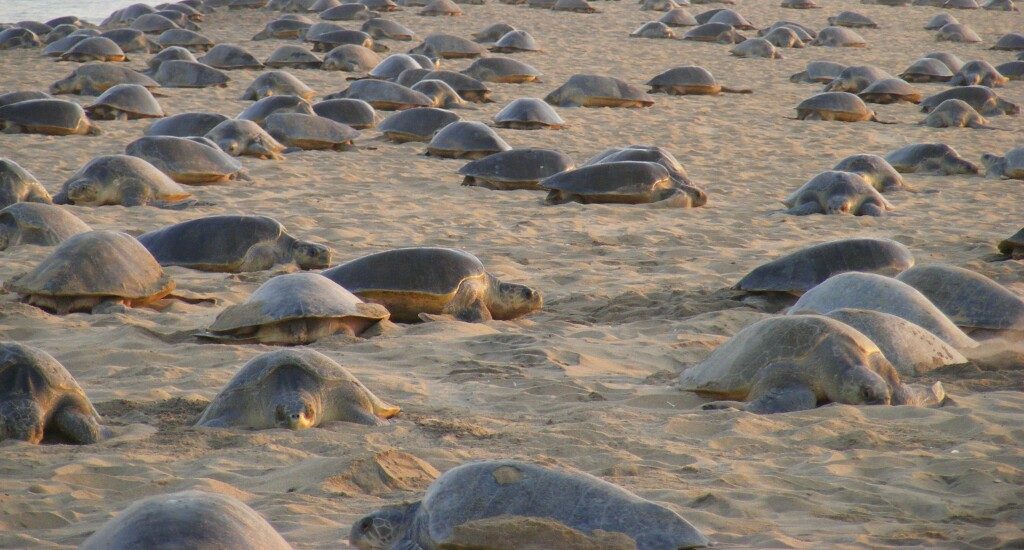 According to reports, several carcasses of the Olive Ridley turtles were found near the river Rushikulya mouth off Ganjam coast, a major mass nesting site of these endangered species.

“The turtles might have died in the deep sea due to various reasons and their carcass was washed ashore,” Berhampur divisional forest officer (DFO) Amalan Nayak said.

He, however, ruled out the possibilities of the death of the turtles due to the illegal movement of mechanized fishing trawlers near the river mouth.

“We have taken stringent measures to restrict the movement of mechanized trawlers near the coast. There was no report of any movement of fishing trawlers in the no-fishing zone, earmarked by the government,” the DFO said.

The government has banned fishing within a distance of 20-km along the coast from 1 November to 31 May as the turtles congregate in the area for breeding and nesting.

Nayak further informed that a mechanized fishing boat from Andhra Pradesh that had entered the Ganjam coastal region for fishing was seized last month.

The trawler along with around 300-kg fish was seized during the patrolling and handed over to the fisheries department for further action.

“Since then no fishing trawler was sighted near the coast,” he stated.

The DFP also informed that ten protection units have been set up off the Ganjam coast for the protection of the mating Olive Ridley turtles in the sea.

“Similarly we have pressed two speed-boats for patrolling purpose to prevent the mechanized fishing trawlers,” he said.