Kendrapara, May 30 (LocalWire): Around 60 thatched houses were reduced to ashes and seven persons sustained burn injuries in a major fire in Jalakana village of Kendrapara district on Thursday.

The fire, which reportedly broke out from the embers of a hearth inside a house, soon spread to nearby houses. Many valuable items of the people were gutted in the fire. 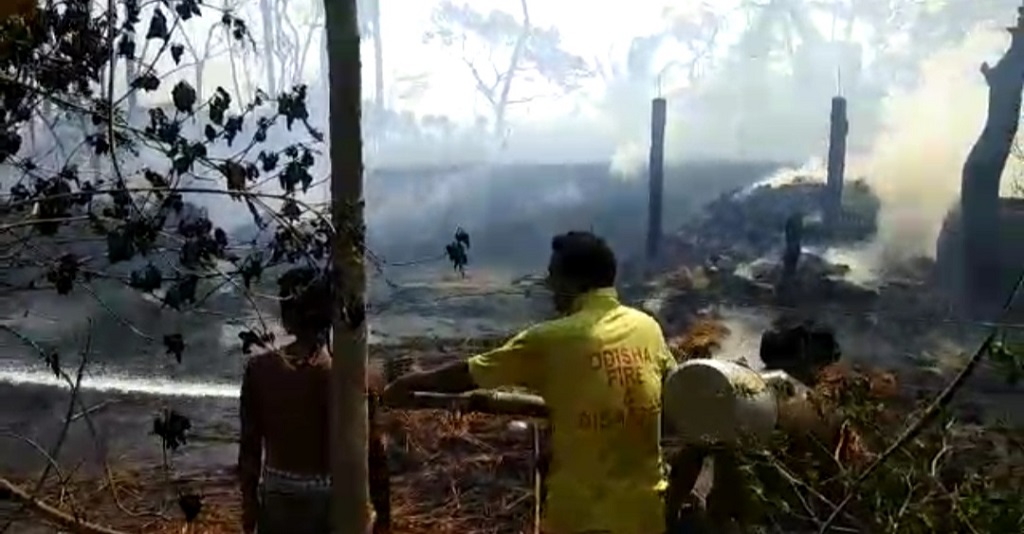 One of the villagers said had the fire tenders come on time, the inferno could have been stopped from spreading.

“One fire engine arrived after an hour while another one joined after two hours. Had the fire tenders come on time, most of houses would have been saved,” said Pabitra Das.

“The intensity of the blaze was so high that we could only watch our houses burning helplessly,” said Bhamarabar Parida, another villager.

Meanwhile, police and other officials rushed to the spot to take stock of the situation.

Sub-collector of Kendrapara Sanjay Mishra said the district administration will provide all help to the affected persons.