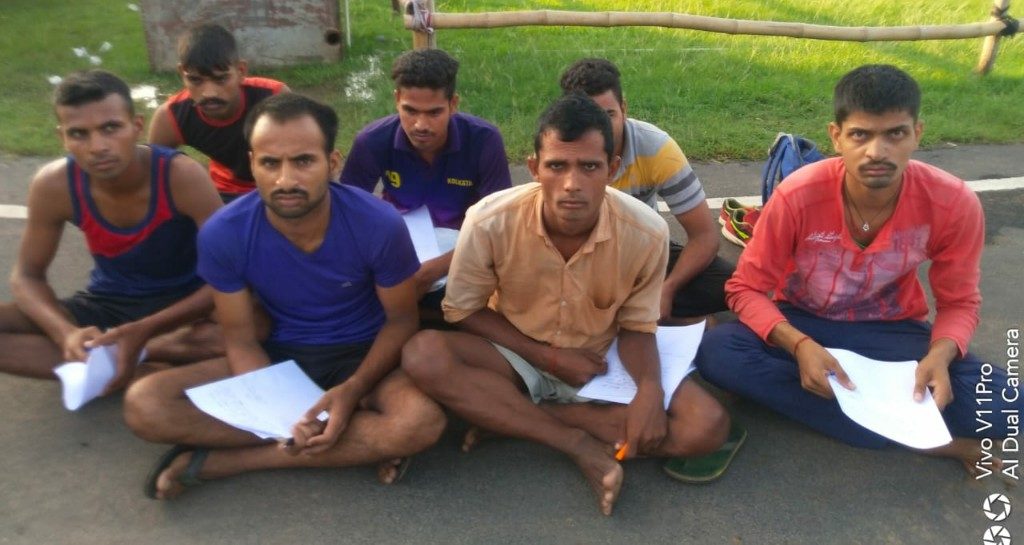 During the Army recruitment rally at Gopabandhu stadium in Paradip that started yesterday and will continue till 24 August, candidates from different parts of the state are taking part.

The recruitment drive is for the post of soldier in the categories of technical, technical (ammunition and aviation), nursing assistant, general duty, clerk/storekeeper technical and tradesman.

Later, Colonel Tikra urged Paradip police to conduct a probe. Police rushed to the spot and arrested the seven accused.

The Army personnel though asked to lodge an FIR showed reluctance.

IIC of Paradip police station, Rajanikant Samal, said, ‘after the FIR, police registered a case against the accused. They have been detained and integration is on.

After detailed inquiry, action will be taken against errant candidates’.