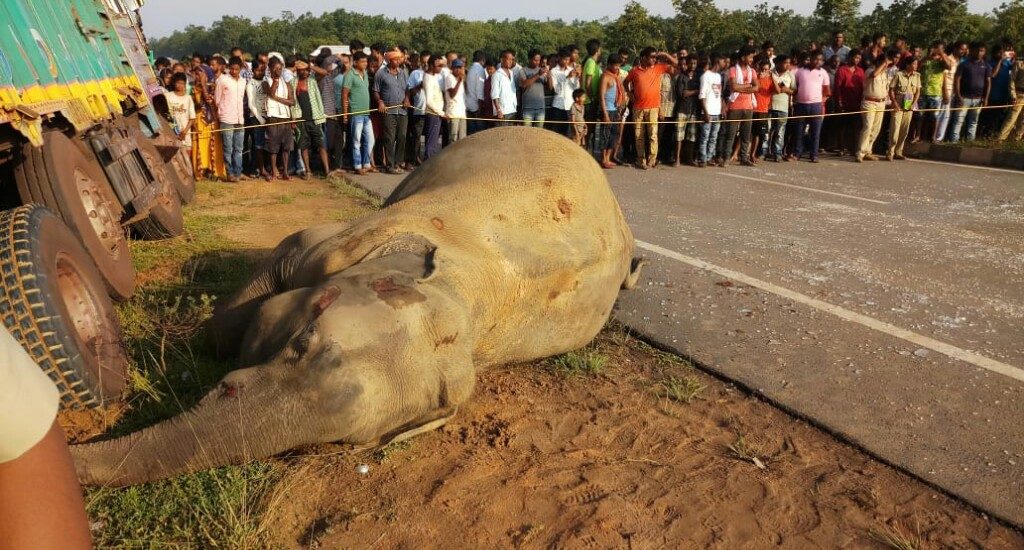 We told the mining lessees and licensees to not engage vehicles through transport agencies, till further order.’

Three wild elephants including two ten-year-old female and one-year-old female calf died after being hit by a truck followed by a private bus on NH 20 near Balijodi village under Ghatagaon PS area, about 60 kms from here.

‘We will report to the government after the inquiry is complete,’ said DFO Joshi.

According to forest department officials there are about 120 elephants that travel in different forests in Keonjhar forest division. About six to seven herds move about in Ghatagaon forest range area.

After the incident, forest department is on high alert to curb further accidents.

‘A bus and two trucks have been seized and their drivers arrested. Further investigation is going on,’ the DFO added.