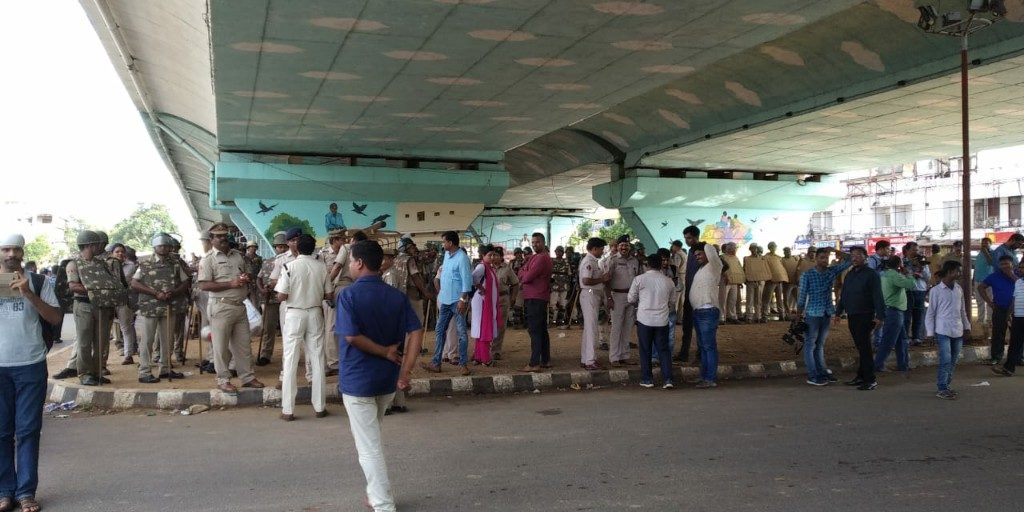 Bhubaneswar, September 7 (LocalWire): Police resorted to lathi-charge to disperse the angry group of people who had gathered at the busy Rajmahal Chowk in the city, to protest against the hefty fine on traffic violators today afternoon.

The angry protests alleged that the traffic police was harassing the common people in the name implementing the newly enforced motor vehicle (amendment) act, 2019, while they were letting off the police and government vehicles violating the provisions of the Act.

As the cops intercepted two-wheelers and vehicle riders, all hell broke loose when the angry mob forced the police to stop a Bhubaneswar Municipal Corporation vehicle and demanded verification of their documents.

The angry group of over 2,000 people also asked the police to impose a penalty on the police and government vehicles. 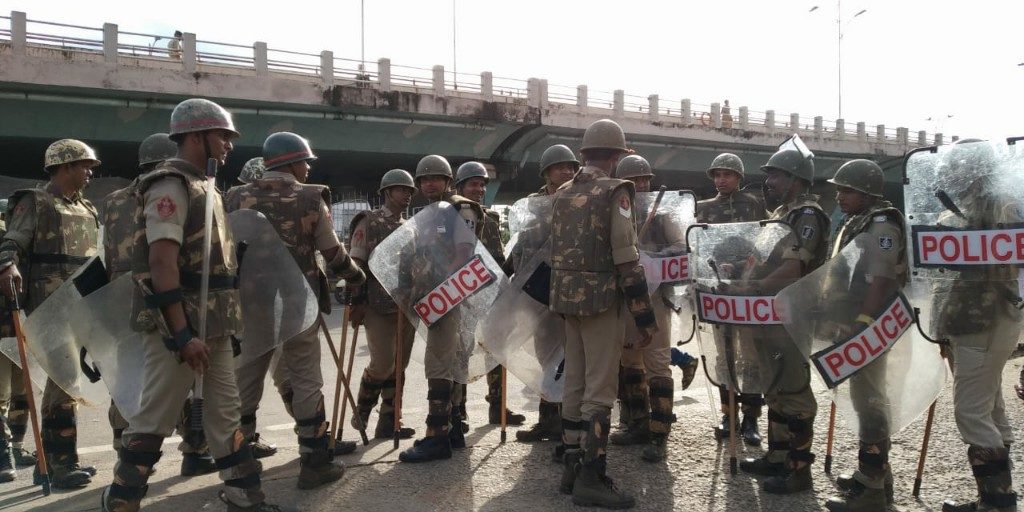 With the situation going out of control the police resorted to lathi-charge to prevent a possible flare-up and major law and order problem.

However, we see two sets of laws here, one for the common people and another for policemen and government agencies,” an angry Kishore Mohapatra said.

“To restore order, police had to use mild lathi-charge to disperse the crowd since antisocial elements could have taken advantage of the situation. There are no reports of any injury” police commissioner Sudhansu Sarangi said.

“The traffic wing of police is doing its duty in accordance with the law.

Those riding two wheelers without helmets, indulging in drunk driving, using a mobile phone while driving and violating the traffic rules are being intercepted and fined. 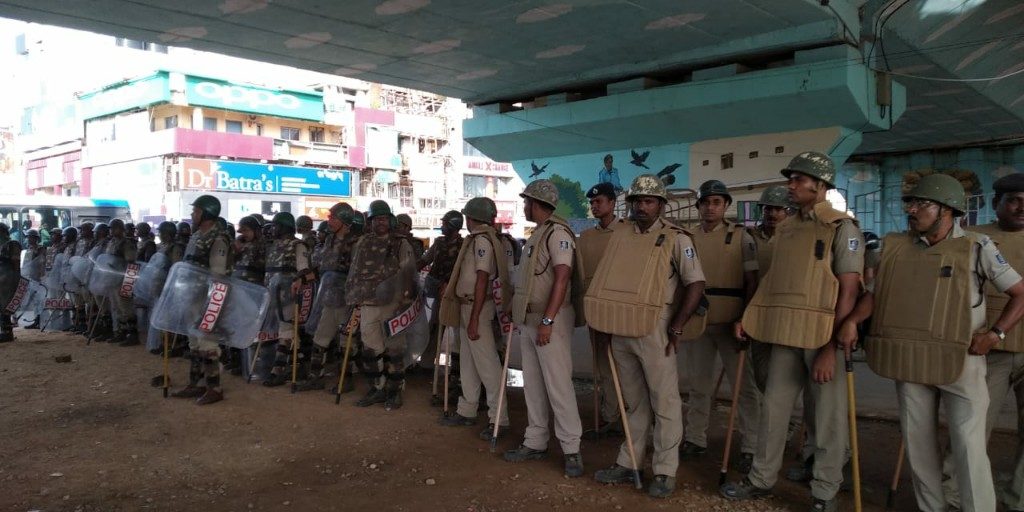 We have relaxed mandatory document provisions like insurance paper and pollution certificate for a month,” he told the reporters.

Asked on the violation of the motor vehicle act by the police, he said, “We have received complaints and they are being looked into.

However, all police vehicles have relevant documents, and drivers have valid driving licenses.”