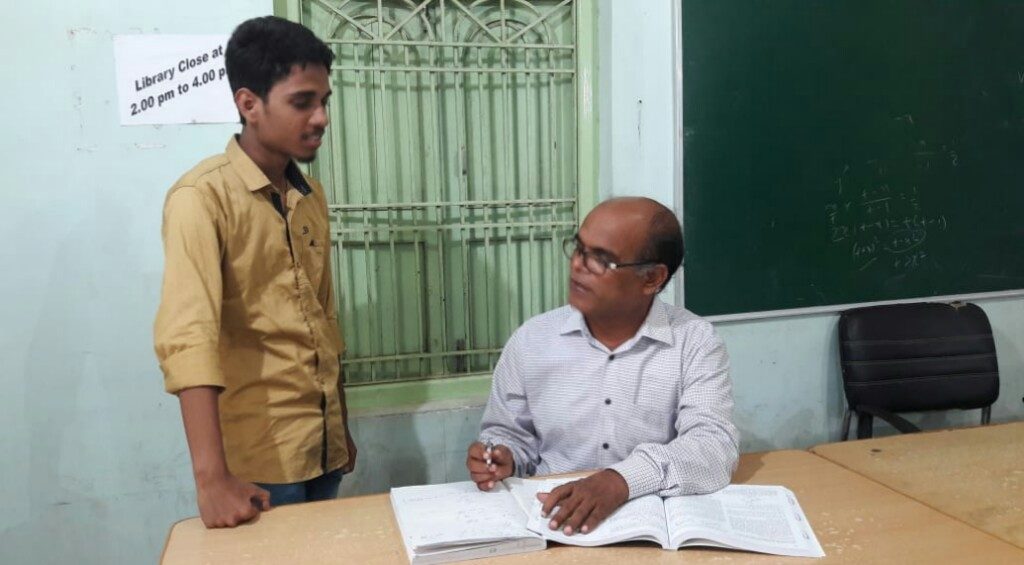 Berhampur, June 17 (LocalWire): Ashutosh Moharana is just steps away from living his dream by clearing the entrance examination for admission at All India Institute of Medical Sciences.

Eighteen-year old Moharana. from Madhabandh, near Chikiti in Ganjam district, secured 1470 all India rank while he ranked 332 in the OBC category.

Students till 1600 rank were admitted at AIIMS last year. This year, 400 seats have been added at AIIMS.

‘I am confident of getting admission in AIIMS,’ Ashutosh had said after passing the Plus II (Science) from Khallikote Junior College here.

But his success did not come easy. Two years back he thought of discontinuing his studies after he lost his father, a shikshya sahayak and the only bread earner of the family in 2017.

He decided to earn to help his mother, who embroidered for an earning.

At this critical time, Aryabhatta Foundation, a city based organisation that gives free coaching to meritorious but poor students for competitive examinations came to his rescue.

‘We egged him to pursue his studies and also gave him free coaching to clear his JEE (Mains) and AIIMS,’ said Sudhir Rout, chairman of the foundation.

‘We have also arranged for some funds for him to take admission in AIIMS’ he said.

His uncle also came forward to help them financially.

‘Since its inception, every year, we have imparted free coaching to at least 15 poor students,’ he said.

This practice has continued for last ten years.

Most of them have succeeded in all India competitive examinations, he added.

‘Poverty should not be a barrier for meritorious students,’ is the main aim of the foundation, he added.