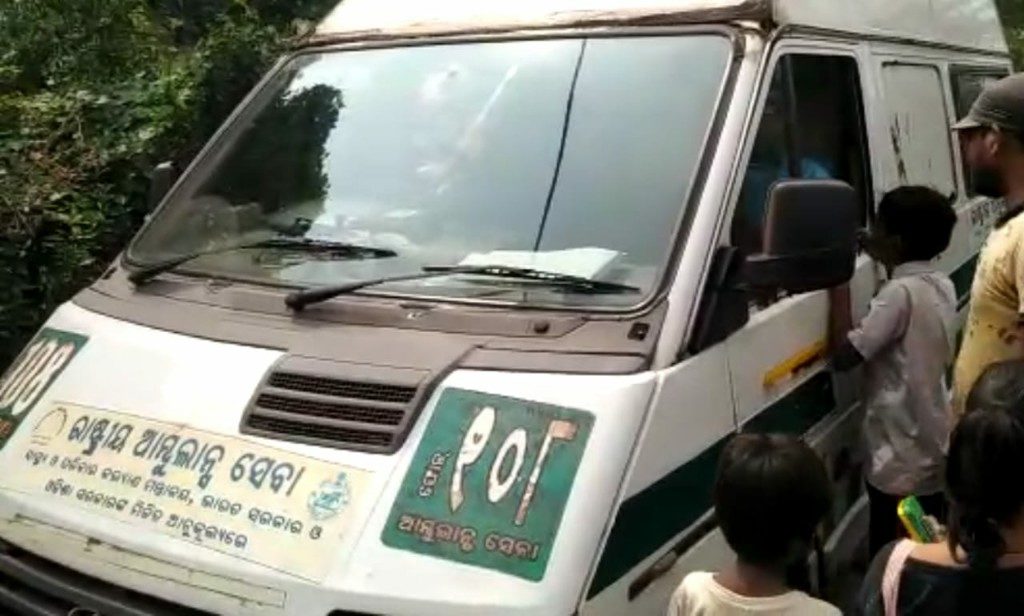 Paradip, Nov 7 (LocalWire): People of Jagatsinghpur district are afraid to dial 108 ambulance during emergency as helpers without license are driving the dilapidated ambulances and putting at risk the lives of ailing patients.

People of Sandhkuda under Paradip municipality complained as ambulances are being driven by helpers.

An ambulance was detained by locals who refused to send the critical patient to a nearby hospital in the ambulance.

Out of 11 ambulances engaged at different community health centres in this district, eight are running without fitness certificates putting the lives of patients at risk.

These ambulances had applied for renewal of fitness certificate in local RTO office last month but the certificates could not be issued as the vehicles are in bad shape.

On Monday, her condition worsened and her family members requested local Asha worker Anjana Traipathy to dial 108 ambulance to shift her to a nearby hospital. But when they found an inexperienced person driving the ambulance, they were afraid to take her in it.

Three staff including driver, helper and pharmacist are supposed to accompany the ambulance but only two people came to transport Nayak.

The pharmacist confessed that in the absence of the driver, the helper from Ziqitza Health Care Ltd for Integrated Patient Transport and Health Care Service was driving the ambulance.

But local people complained that 108 ambulance has 11 ambulances with one driver each.

With no alternate driver, it is difficult for one person to work 24 hours without rest so drivers force helpers to drive the ambulances.

Medical Officer, Atharbanki Hospital, Paradip Basant Kumar Rout said ‘the staffs and are not under our control.

The staff work under the supervision of contract agencies so health department is least concerned about their duties and activities.’

Cluster Coordinator, ambulance, Sarada Kumar Behera confessed ‘the driver felt drowsy after over working but is illegal for the helper to drive the ambulance. Stern action will be taken against errant staff.’