Havildar Jena of the Corps of Signals of Indian Army achieved the feat of riding the longest distance backwards on an 11-feet ladder on a motor cycle. He covered 128 kms in 4:29:45 seconds in a daredevil show recently in Jabalpur. 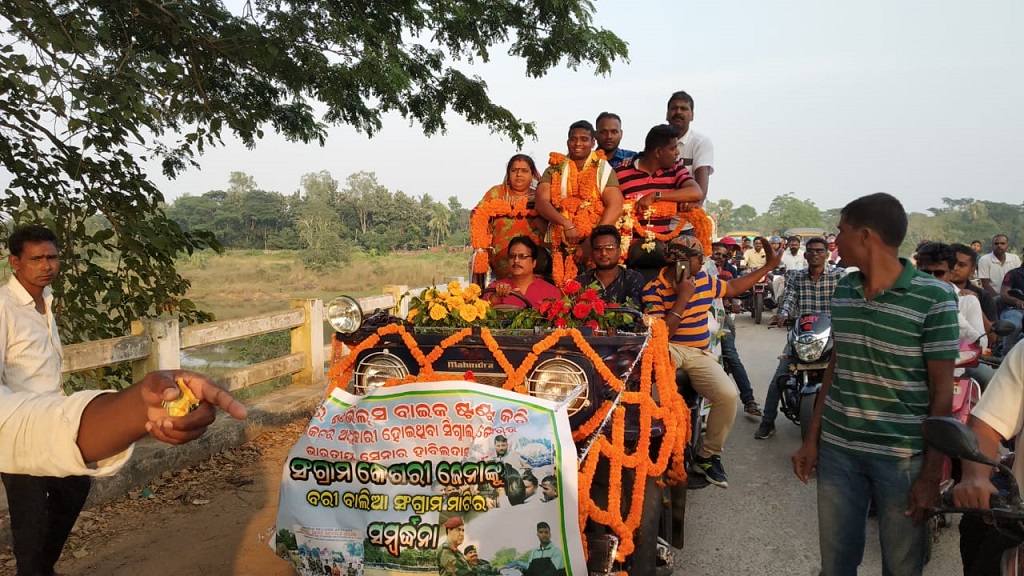 Jena returned to a rousing reception at his native village with large number of people turning out to greet them. He was taken in an open jeep with hundreds taking part in a motorcycle rally to greet him. 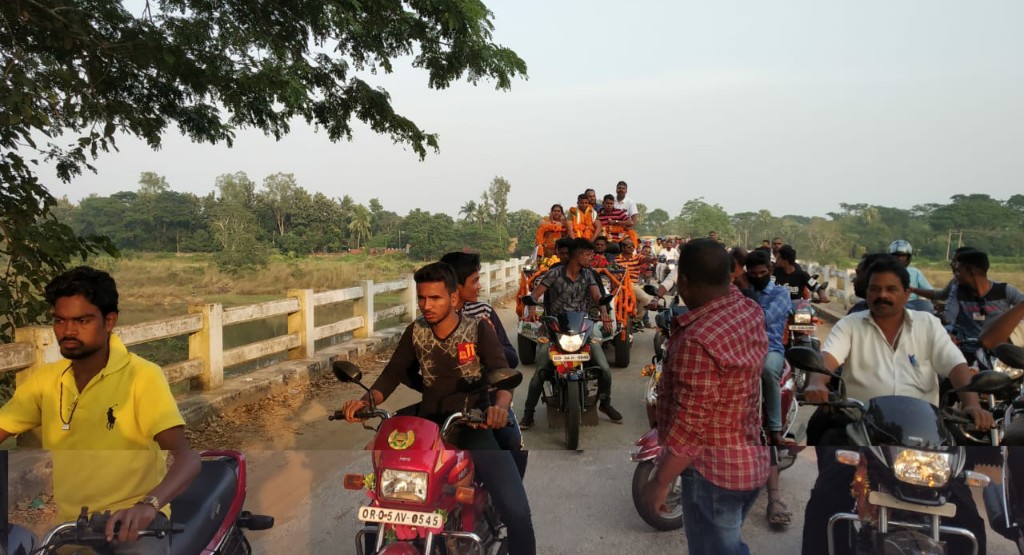 ‘It has taken over a year of practice to achieve the feat. Besides physical stamina, loads of concentration and acumen is required for the balancing act,’ he said.