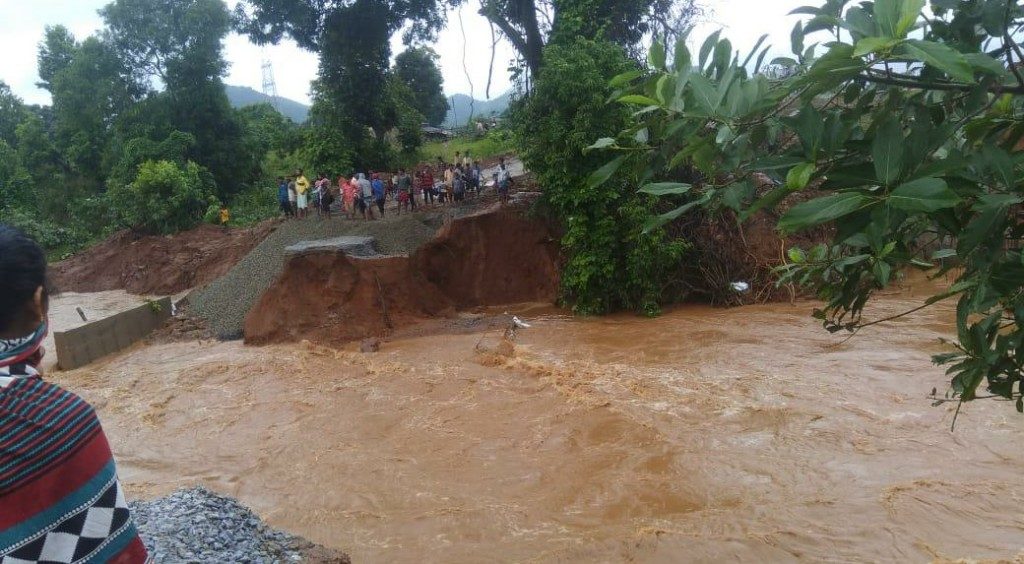 Bhubaneswar, August 9 (LocalWire): It is knee-deep water, but neck-deep misery in some of the flooded villages in Malkangiri district even as water recedes in marooned villages here.

The district located on the southernmost tip of the state that often hits the headline for being a hub of left-wing extremism and drug peddling has been inundated thrice during the fortnight with major rivers, Kolab, Pongam, and Saberi overflowing due to heavy rain.

With floodwater receding and life limping to normalcy in the district, reports of human misery are trickling in from the water-logged villages in the district.

According to reports, normalcy has been restored in flood-affected Korukunda, Mathili, Malkangiri, Khairiput, Kalimela and Podia blocks and people are relieved that the rainfall has almost stopped.

The schools which were closed in view of flood situation are reopening today since water has started to recede.

“Roads to Jeypore, Kalimela, and Sukma which were cut off are now abuzz with vehicular traffic and those who were evacuated for safety to the 47 temporary flood relief centers are returning to home,” Malkangiri district collector Manish Agarwalla said.

“Some areas in Kalimela and Padia blocks are still waterlogged as the release of floodwater is slow in Saberi river.

Things are still not back on track after 15 days of a fight with nature,” he said adding that the administration is now focusing on providing succor to the affected people.

“The distribution of relief material is continuing in the affected villages.

Measures for providing safe drinking water to contain the possible outbreak of water-borne diseases are underway.

Drinking water pouches and halogen tablets are being distributed in areas which are still water-logged.

The water sources like tube wells and wells have been disinfected,” the district collector informed.

“Villagers in flood-affected villagers have to wade through knee-deep water.

This poses a danger of drowning in places where the water level is deeper.

“The district administration has no doubt done a commendable job in ensuring no human causality through the timely evacuation of vulnerable pockets.

The government agencies now need to be proactive in containing the outbreak of water-borne diseases.

Expeditious disbursal of ex-gratia compensation to affected people, whose houses and croplands were damaged, is the need of the hour.

Free kitchen service needs to be extended for three to four days more till the flood and rainwater completely recedes in villages,” Mishra stated.