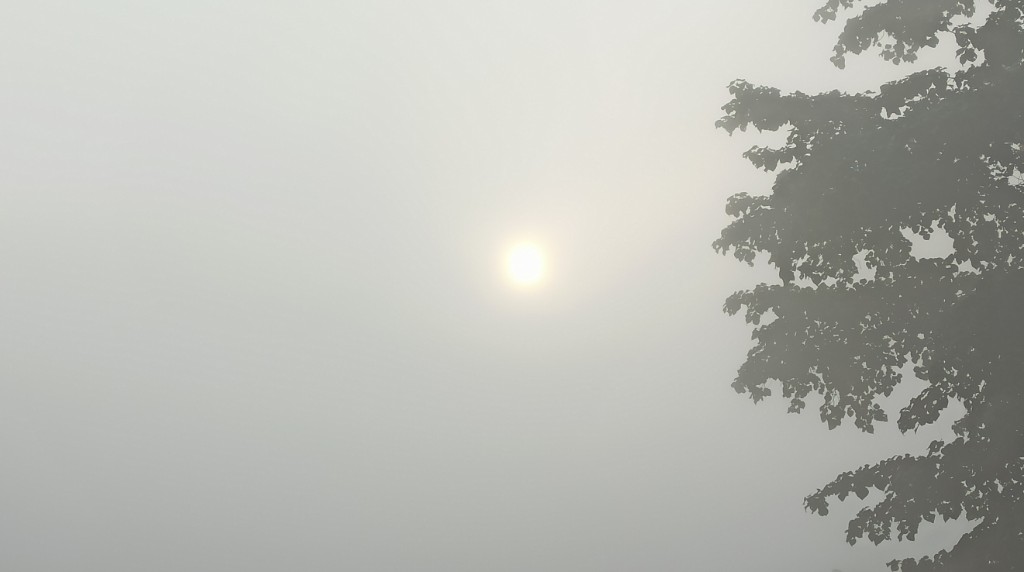 Balangir, Nov 24 (LocalWire): For the second time thick fog enveloped Balangir town with visibility reduced to 30-50meters in the morning.

With the sun engulfed in dense fog till 7.45 a.m. people enjoyed a lazy Sunday although the ones who had to brave the roads had a daunting task. Vehicles had their parking lights on and there was chaos with horns blowing and traffic moving at a snail’s pace.

The dense fog could be harmful for people as dust particles and other suspended pollutants in the atmosphere that affects the respiratory organs, explained a doctor. But farmers were happy with the moist cover as the fog during winter helps crops like green gram, Kulthi and other vegetables to grow on residue moisture.