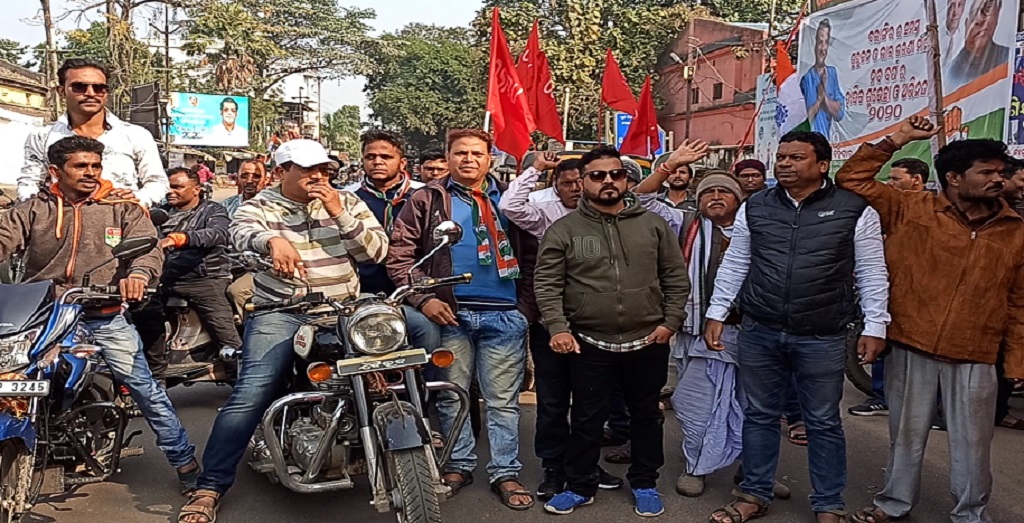 Balangir, January 8 (Localwire): The 24-hour Bharat Bandh by trade unions protesting against the anti-people and anti-workers policy of the NDA-government disrupted the normal life in Balangir on Wednesday. According to reports, while shops, business establishments, including bank, petrol pumps remained closed, commuters were seen stranded as both private and government buses were off the road.

The collectorate, government offices and post offices also remained closed in the district and the Balangir ADM was prevented from going to his office. “We are protesting against the anti-people and anti-worker policies of the Narendra Modi government and people are supporting the Bharat Bandh call. We are demanding fulfillment of our 12-point charter of demands submitted to the government,” Surulal Matari of OSRU Balangir said. The activists also demonstrated at the Balangir Railway Station and detained a passenger train for a few minutes.

Later the activists held a meeting and criticised the policies of the central government.