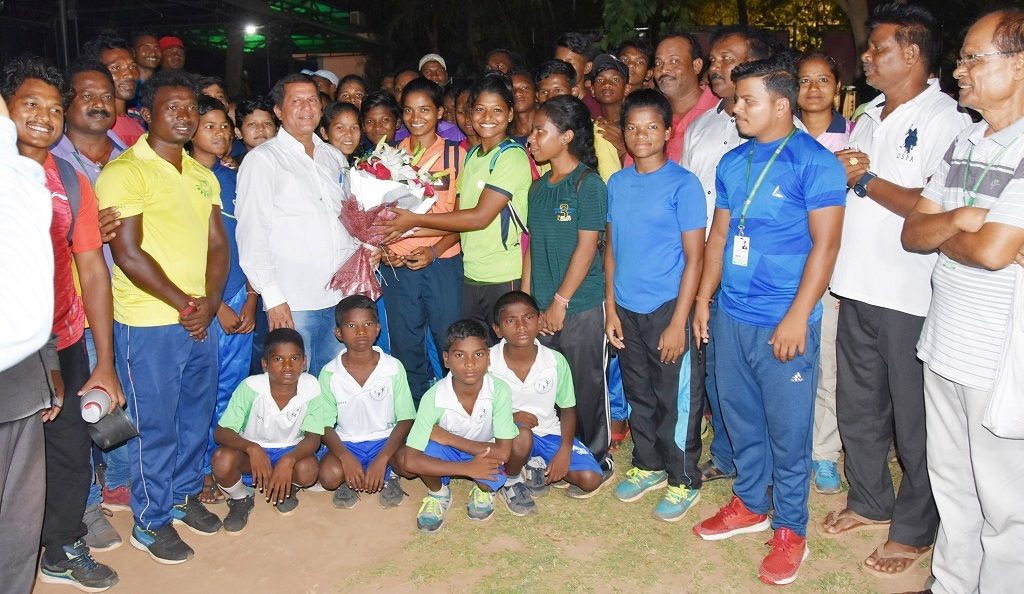 Bhubaneswar, May 25 (LocalWire): BJD leader Achyuta Samanta on Saturday celebrated his poll victory from Kandhamal Lok Sabha constituency with the students of KISS institute that he founded.

Samanta, who had founded KIIT & KISS, has defeated his nearest rival BJP’s Aira Kharabela Swain by a margin of 1,49,216 votes in the 17th Lok Sabha elections.

The BJD leader distributed sweets and other eatables to students and thanked them for their love and best wishes that ensured his victory in the polls.

The students congratulated him for the impressive win.

He credited the people of Kandhamal and party workers for his success in the election.