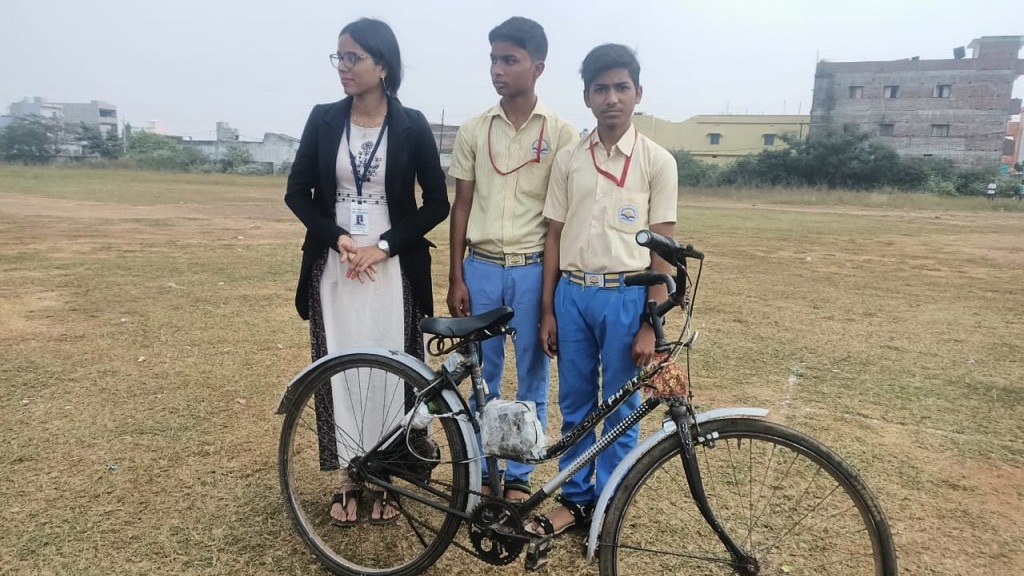 Berhampur, December 18 (LocalWire): Here is a solution that can help do away with pollution from personal vehicles, and it has almost no running cost.

The product, an e-bicycle that runs on solar, electrical and mechanical energy has been developed by two class IX students of Odisha Adarsha Vidyalaya, Rajapur in Beguniapada block of Ganjam.

The project was selected for the state level exhibition. The bicycle can run at a speed of 20 to 30-km per hour with a single charge of the 24-volt battery using solar power. It also has the option to charge the battery with electricity and mechanical energy by peddling the cycle.

According to their guide and teacher Laxmipriya Mishra, the e-bicycle has been mainly designed for the children.

“It does not require any registration or driving license and there are fewer chances of an accident. Above all, the vehicle will not emit smoke that pollutes the environment,” she said, adding that the cost of the project is not much.

“The e-bicycle can be developed by installing a motor, dynamo, controller and a 24-volt battery,” she stated. “We mooted the idea to develop the e-bicycle with lesser speed keeping an eye on the students of our school who have to travel 20-25 km every day to reach the school,” Panda said.

“The project was developed with the help of our science teacher after we shared with her our idea,” added Kumar.

As many as 148 different projects, including 54 projects under the Department of Science and Technology-Innovation in Science Pursuit for Inspire Research (DST-INSPIRE) were showcased at the exhibition.