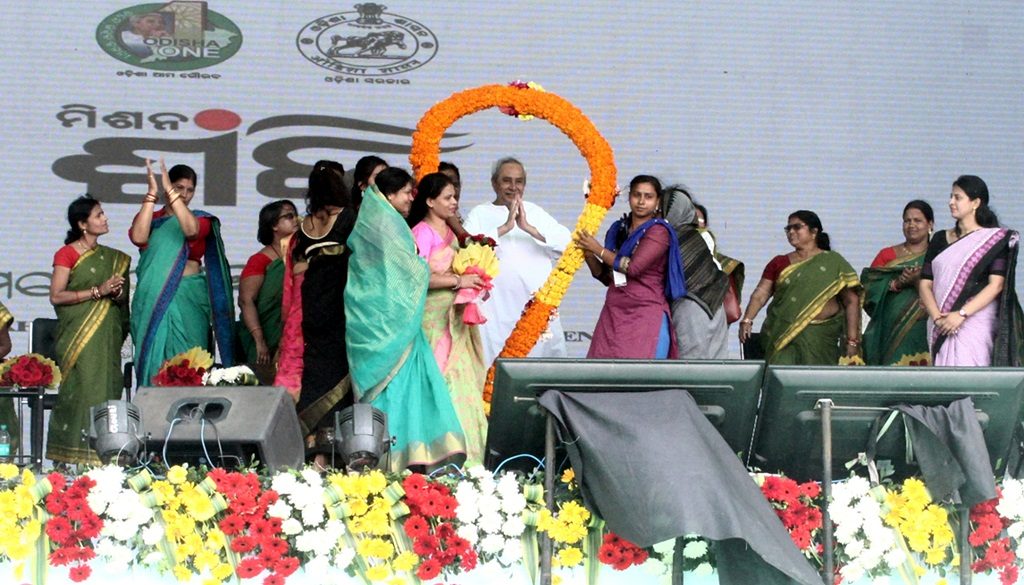 The BJD chief made this announcement while addressing Mission Shakti convention at Baro village in the outskirts of Kendrapara town although he did not promise the same for the coming state assembly poll.

He said this historic announcement will havefar reaching impact on women’s empowerment and the women of the state will lead the way. ‘If India is to be an advanced nation like America and China, then women empowerment is the only answer. I call upon all the national parties to be true to their words and follow what they are propagating for women empowerment,’ said the Chief Minister. He also played the Biju card to woo women. ‘Biju babu had an emotional relationship with the people of Kendrapara, the sacred land of Lord Baladevjew. In 1990, for the first time in India, my father implemented 33 per cent reservation for women in the three tier Panchayat Raj institutions and government jobs. Our government took it further from 33 per cent to 50 in 2012 and last year a resolution was passed in the state legislative Assembly to provide 33 per cent reservation to women in both the Parliament and state legislatures,’ Naveen Patnaik said.

BJD leader and Kendrapara MLA, Kishor Tarei said, ‘There is nothing political about it. The chief minister sincerely wants women to be empowered and this is a move in that direction. The United Nations Entity for Gender Equality and Empowerment of Women had last month lauded the Chief Minister Naveen Patnaik for the women’s reservation proposal.’