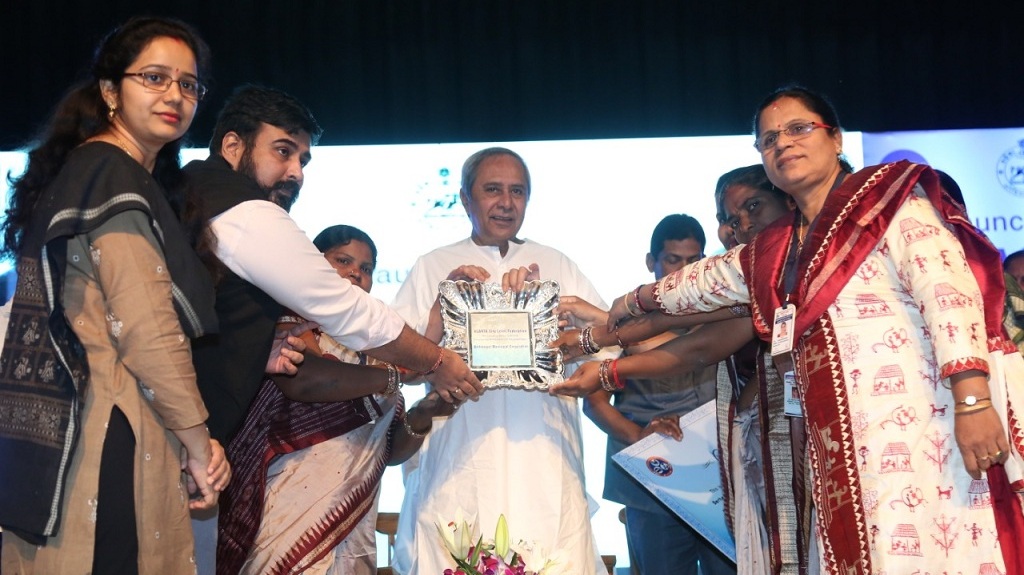 As many as 774 SHGs came together in September 2018 and formed Agrata CLF. With a membership of more than 7000 women, it is one of the biggest women’s organizations in the state.

‘We are very happy as the chief minister appreciated our activities,’ said president of the federation Geeta Behera.

The recognition will encourage us to undertake more livelihood support activities in the coming days,’ said Anita Mohanty, secretary of the CLF. They along with commissioner of BeMC Chakravati Singh Rathore received the memento from the chief minister in Bhubaneswar.

Within 15 months since its formation, Agrata has already done its bit for Berhampur. Member CLF are managing various community toilets and motivating locals to shun open defecation, resulting in Silk City being declared as the first ODF++ ULB in Odisha.

Agrata CLF had won the prestigious swachhta excellence award, where it stood third in the national level this year.

Members of the federation are currently undergoing training at fecal sludge and septage treatment plant at Berhampur, where they are learning how the plant functions, the commissioner said.

After completion of the training, the operation and management (O&M) of the plant will be handed over to the federation, he said.

Berhampur and Baripada are the only two cities in the country where complete O&M of fecal sludge and septage plant is looked after by women self help group organizations.