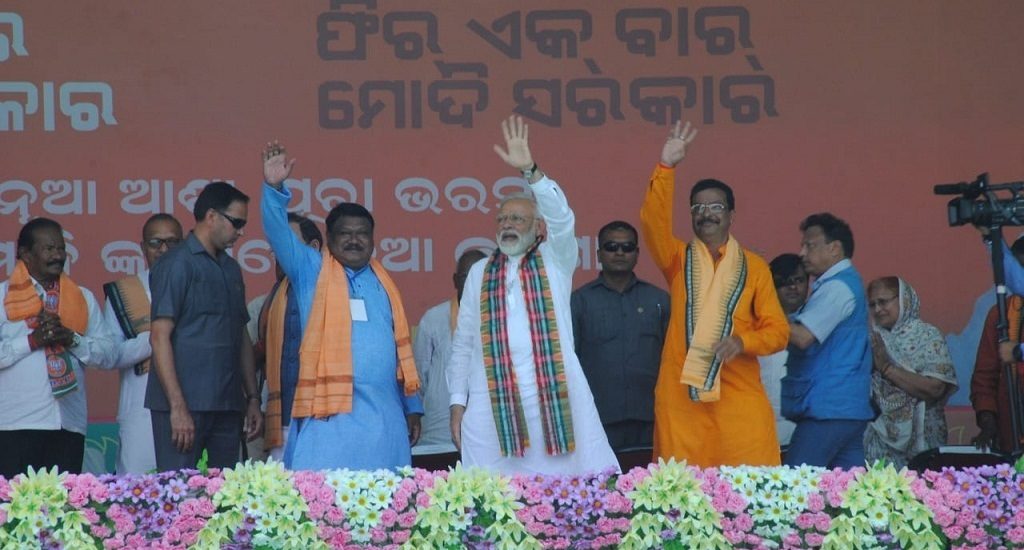 Bhubaneswar, April 6 (LocalWire): Addressing an election rally in Sonepur in Odisha on Saturday, Prime Minister Narendra Modi accused the Congress and the ruling BJD of using poverty as a political tool and asked people to reject them if they want to see development in the state.

PM Modi said that despite being a mineral rich state, Odisha continues to remain a backward state.

“What is the reason that Odisha was left behind in the race to development? For the last 19-20 years, Congress or Naveen Patnaik’s BJD have been ruling the state,” he asked.

“There’s coal in Odisha, water, forests… then what is the reason that such a resourceful Odisha is backward? Congress and BJD see politics in poverty,” he said.

Targeting the Congress, PM Modi said that poverty cannot be eliminated from the state as long as people don’t reject Congress because it uses poverty only for political gain.

“Generation after generations, Congress was able to give only slogans for eradication of poverty. People got poorer and their ministers got richer.

“Mahanadi flows here but the region has no water or irrigation system. The farmers have to sell their paddy and cotton at dirt price when the centre has decided to provide 1.5 times of production cost.

“What has led to this situation in Odisha?”

Earlier in the day, PM Modi had addressed another rally at Sundergarh in Odisha.

He will leave for Balod in Chhattisgarh later in the evening.