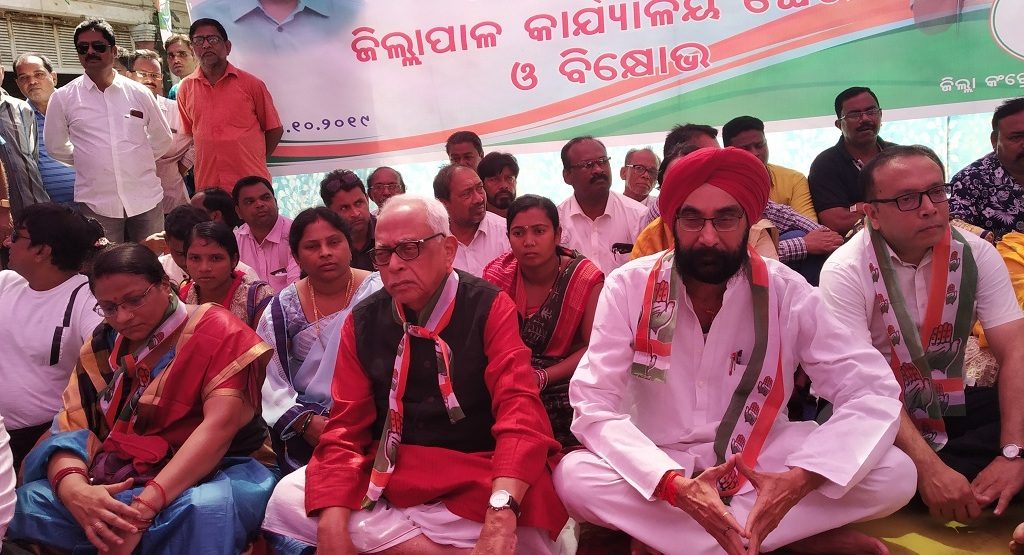 There was unprecedented rain on 13 August in Bolangir town resulting in heavy flood and damages to houses and agricultural land besides roads and bridges.

‘We demanded Rs 1000 crore flood relief assistance from the state and Central ministers who visited the area.

They assured to take steps but only 40 crores has been disbursed which is inadequate. The administration should take steps to sanction the money faling which further agaitation will be held,’ said Narasingha Mishra.

Among others, Saluja and Behra also criticised the apathy of both governments.

Congress would also raise the issue in Assembly Saluja said.