Bhubaneswar, August 22 (LocalWire): Three elephants that were mowed down on the highway by ore-laden trucks in mineral-rich Keonjhar district last night brought under sharp focus the safety of the national heritage animals.

Conservationists rallied to prohibit movement of vehicles at night along the forested highways.

There is round-the-clock vehicular traffic due to mining activities in the district. As the highways fall within elephant corridors, there is an urgent need to assess the threat posed to these animals.

‘Vehicular traffic must be banned from 9 pm to 6 am to prevent elephant fatalities.

The three elephants could have been saved if there was prohibition on plying of trucks at night,’ conservationist, Biswajit Mohanty stated in a letter to the Principal Chief Conservator of Forests (Wildlife) and Chief Wildlife Warden, Odisha. 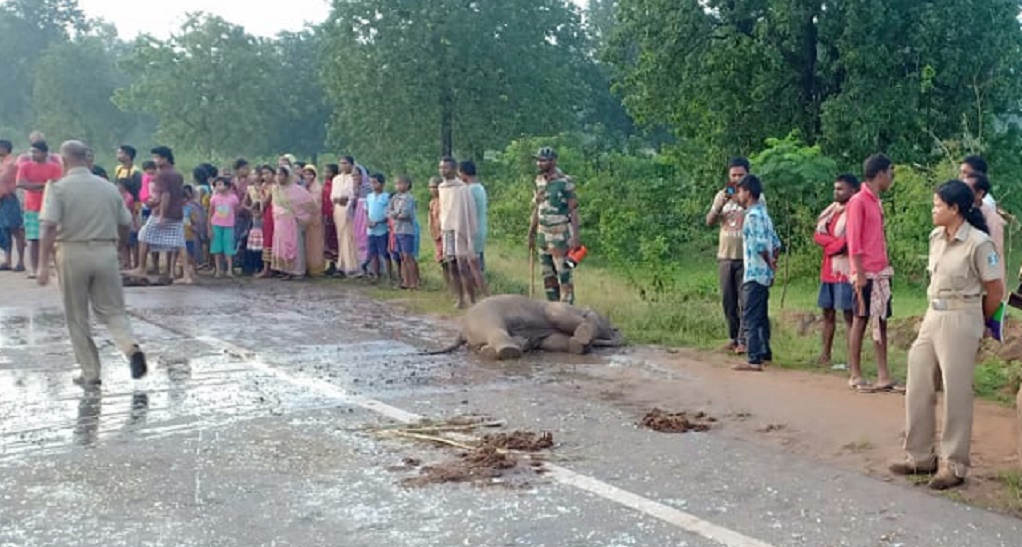 The highway authorities have constructed underpasses along the highway for the safe and hassle-free passage of elephants.

The spot where the elephants were mowed down by a speeding truck was not far away from the underpass. However, elephant trackers failed in their duty to sound alert to passing drivers.

Designated elephant trackers in specific locations are assigned duties to track elephants and prevent any harm to them.

‘It is the duty of trackers to ensure that elephants cross roads and railway tracks safely.

We are surprised that the trackers could not detect the animals and did not stop the vehicles on the highway to allow them to pass safely,’ he said seeking a high-level probe into the elephants’ death.

‘It ought to be found out whether the NH connecting Keonjhar to Pallahara has adequate number of ‘Elephant Passing’ caution sign boards for vehicles to slow down.

It also needs to be ensured that these boards are made of reflective material for easy visibility,’ he added.

Pachyderms crossing highways is normal in Keonjhar, Dhenkanal and Angul districts. The highway is along the migration path of elephants and the animals stride along the NH at specific pockets during sunrise.

The vehicular movement is suspended for ten to fifteen minutes every day to allow unhindered passage to elephants. The latest mishap occurred late in the night.