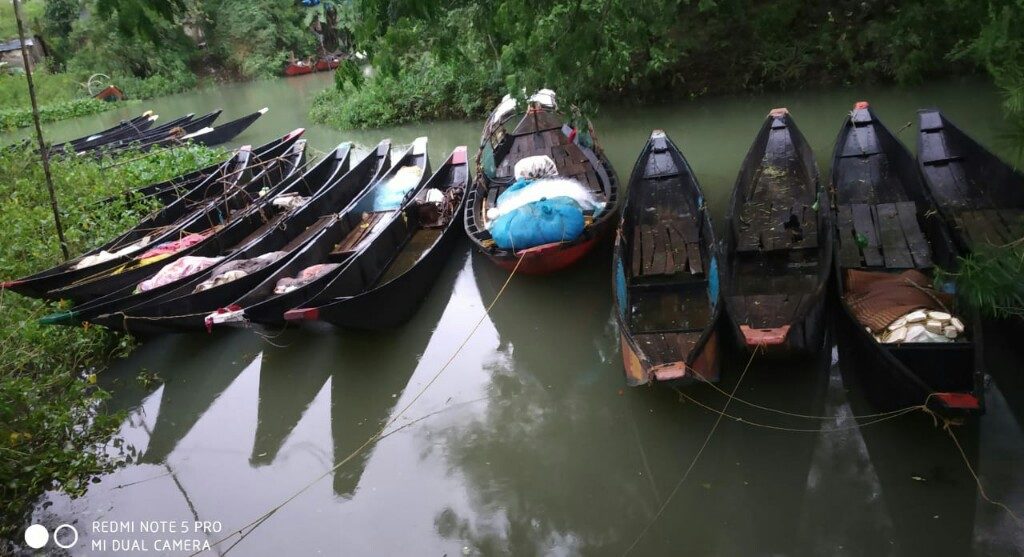 Kendrapara, Nov 8 (LocalWire): Rains continued to lash the coastal district of Kendrapara today due to the impact of cyclone Bulbul.

Two ODRAF teams and one NDRF team have been deployed in the district, said Sambeet Satapathy, the district emergency officer of Kendrapada.

Bulbul is supposed to make a landfall between Sagar Island within Sundarban in West Bengal and Khepupara in Bangladesh on Sunday morning but is already affecting the coastal districts of Odisha which is experiencing heavy rainfall, said H R Biswas the director of Indian Meteorological Centre, Bhubaneswar.

Several fishing boats have already returned from the sea. We are continuously warning fishermen against venturing into the sea through loudspeakers,’ added Sahoo.

The sea was marginally rough and due to the cyclone warning, hundreds of boats in the jetties at Kharinashi, Jamboo, Kajalapatia , Bahakuda and Talachua in Kendrapara district remained anchored in the jetties, added Sahoo.

‘We recently organized awareness camps among fishermen in the fishing villages in both the districts and tried to convince them not to fish during inclement weather.

The fisheries department will take action against fishermen who venture into the sea ignoring adverse weather warnings,’ added Sahoo.

‘We depend on the sea for our daily earnings. The imminent cyclone forced us from venturing into the sea.

We are fishermen, we expect bad weather but the continuous low pressure in the sea has ruined our lives,’ said Arjun Mandal, a fisherman from Batighar.

‘The authorities are working with local sarpanchas and other panchayat body members to help people prepare for the cyclone in the seaside villages of Rajnagar and Mahakalapada blocks,’ said the district Collector of Kendrapara, Samarth Verma.

‘The coastal areas of the district are regularly hit by cyclones and so everyone is taking this threat extremely seriously and making sure the right measures are in place to mitigate the impact and place everyone on alert.

The government has also issued a warning to people against visiting the beaches to avoid any dangerous occurrence,’ added the Collector.

‘All the vulnerable pockets have been brought under the safety cordon,’ he added.