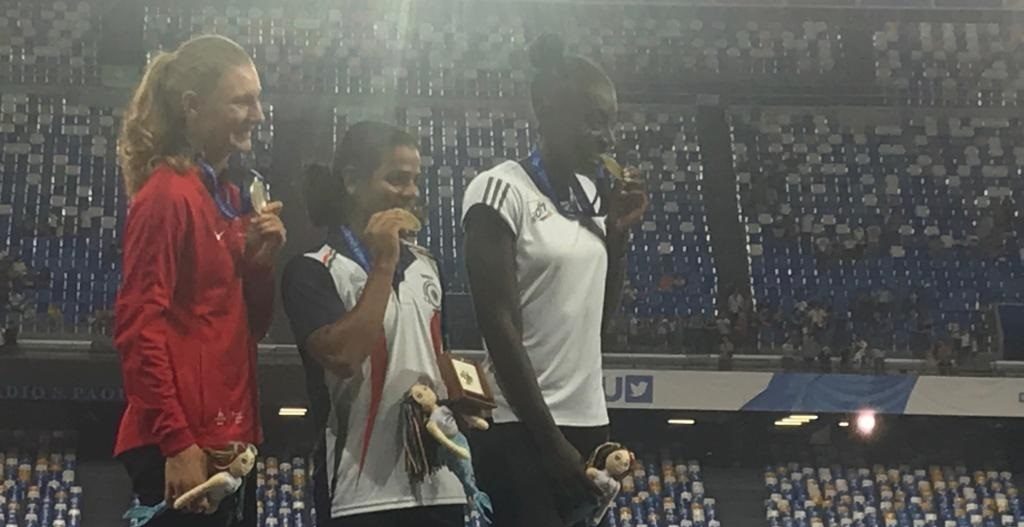 She clocked it at 11.32 seconds last night and was praised by the Prime Minister, President and Chief Minister today on social media. 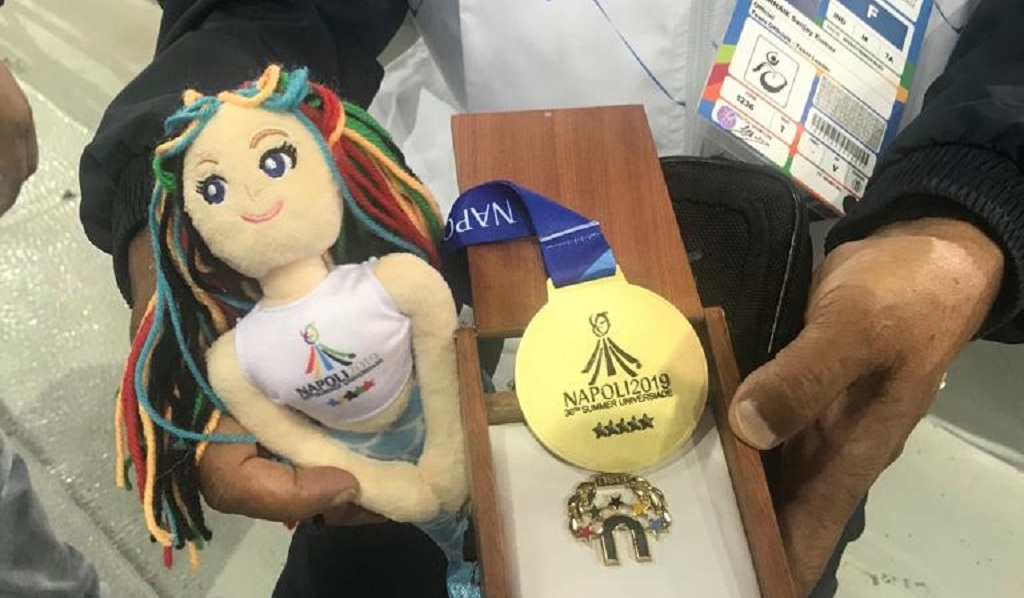 After winning the medal, she posted an inspiring message ‘Pull me down, I will come back stronger,’ on Twitter along with a picture of her medal and a mini mascot of the Games.

President Ramnath Kovind congratulated Dutee and urged her to aim at greater glory at the Olympics in his Twitter handle.

Kovind further said, ‘This is India’s first such gold and a moment of immense pride.’

Similarly, Narendra Modi sent his wishes to Dutee, quoting it as ‘exceptional achievement of an exceptional athlete.’

He addressed her achievement as ‘hard-earned and well-deserved.’ 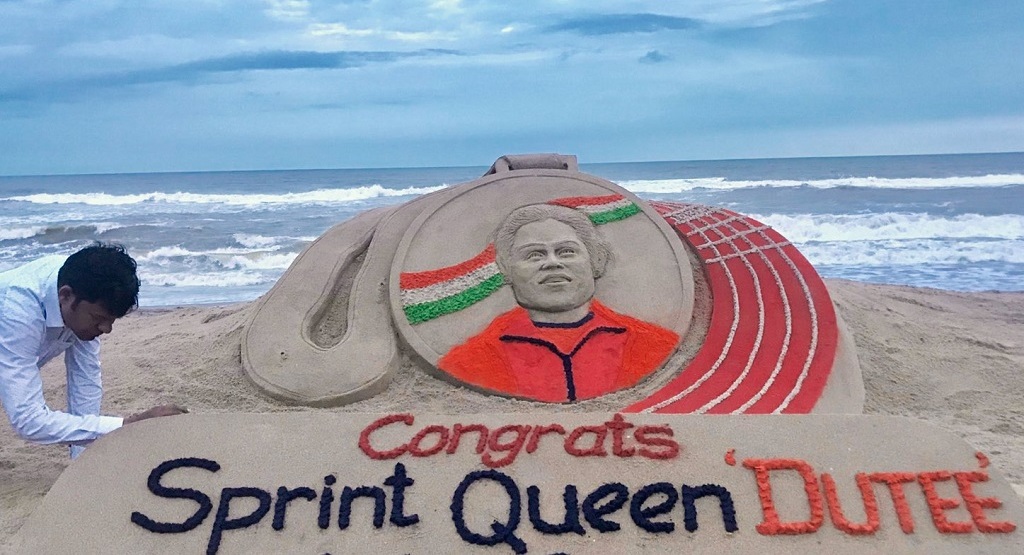 Chief Minister Naveen Patnaik also took to Twitter to congratulate the ace sprinter on winning 100m gold at the World University Games in Naples. He wished her the best for the future.

Even renowned sand artist Sudarshan Pattnaik posted a picture of the sand sculpture of Dutee on a medal and wrote ‘Congrats Sprint Queen Dutee.’

Dutee later posted a picture of her in her Twitter handle with the gold medal along with the other two medalists, Ajla Del Ponte of Switzerland and Lisa Kwayie of Germany who won the silver and bronze medals respectively.