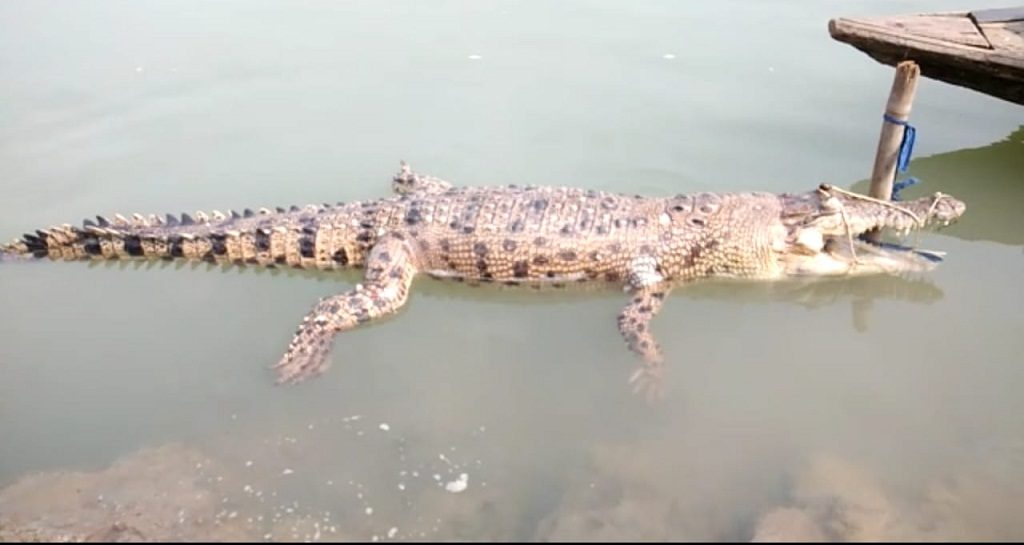 Kendrapara, April 19 (LocalWire): The carcass of a nine-feet-long salt water crocodile was found on Friday in the Baitarani river, within Bhitarkanika National Park. This is the third reported incident of unnatural death of a reptile in the park within four months.

‘The forest officials retrieved the carcass. We suspect the reptile choked in the fishing nets in deep waters of the river.

After the autopsy report, we will know the exact reason of the death,’ said Bimal Prasan Acharya, the DFO of the park.

‘It is illegal to kill crocodile as it is covered under the Schedule I of the Indian Wildlife (Protection) Act, 1972,’ added the forest officer.

The death of the endangered salt-water crocodile on Friday exposed the chinks in the armour of crocodile conservation work in the park.

The rivers, creeks and other water bodies within Bhitarakanika is home to about 1700 endangered salt water crocodiles.

Fishing is banned in the water bodies of Bhitarkanika but some locals illegally fish in the river and that is taking a toll on the rare species of these esturine reptiles,’ said Hemant Rout, an environmentalist and secretary of Gahiramatha Marine Turtles and Mangrove Conservation Society, Kendrapara.