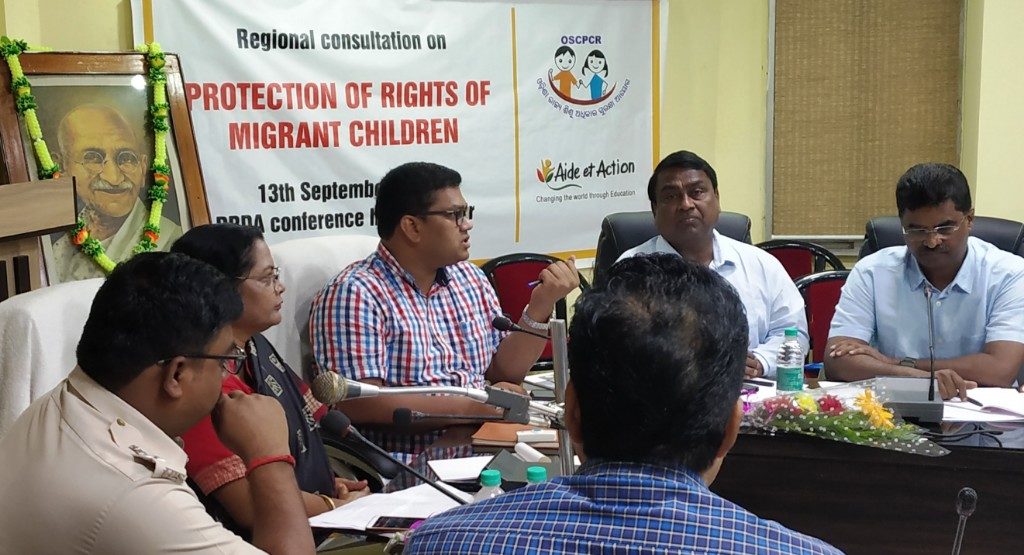 Bolangir, September 13 (LocalWire): A regional-level consultation on the protection of the rights of migrant children was held in Bolangir on Friday.

Organised by the Odisha State Commission for Protection of Child Rights and Aide et Action Bhubneshwar, the regional consultation was attended by officials from the departments of labour, child development, CDPOs, members of child welfare committee ChildLine.

The consultation was also attended by NGOs and civil society organisations and the department of education officials from Bolangir, Nuapada, Kalahandi and Bargarh district.

The participants deliberated on different aspects of distress migration and how to protect and ensure the rights of migrant children in the region.

Reports indicate that children, who migrate seasonally with their parents to the inter-state and intra-state destination, are deprived of basic education, childcare, immunisation, health nutrition and protection from abuse and at times work as child labour.

Brick kilns are one such informal sector where infant to adolescent spend over 7-8 months each year as an invisible entity subjected to exclusion, exploitation and abuses.

A study conducted by International Labour Organisation and Aide et Action in 100 villages of Kalahandi, Balangir and Nuapada districts of Odisha during 2011-12 revealed that among the brick kiln migrant workers families, children constitute 35% of the total migrant population.

The migration data from the labour department suggest that close to 140,000 people are registered under the ISMWA and a majority of the workers are from western Odisha.

The labour registration data at the district level doesn’t provide any gender and age-specific information about the migrants, and therefore these children always remain invisible and unreached.

To tide over the issue, the Government of Odisha has been providing the facility of seasonal hostels for migrant children in some high labour migration district of the state to ensure uninterrupted education and retention of children in schools.

These hostels are primarily in the districts of Bolangir, Kalahandi, Nuapada and Bargarh for over seven years now.

The number of seasonal hostels further slipped to 178 in 2018-19 providing accommodation to just 7,573 children.

Furthermore, large numbers of inter-state migrant children are provided education and ECCE at the destinations by Telangana, Tamil Nadu and state governments through civil society partnership.