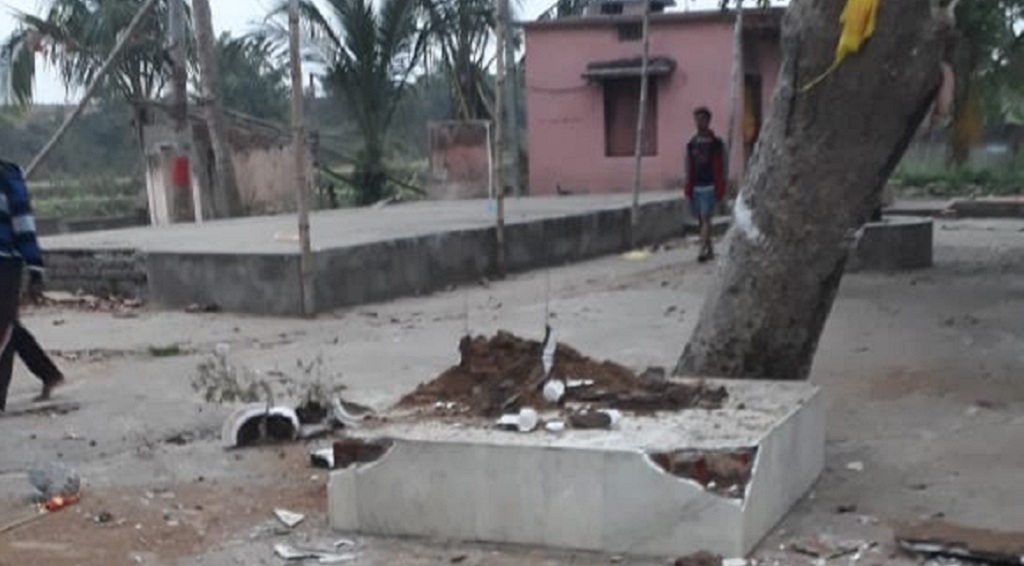 Jagatsinghpur, Jan 31 (LocalWire):Last night, a few miscreants ransacked the Tumbeswer temple at Gajrajpur under the Naugaon police station after a failed attempt at looting the Hundi.

Sources informed LocalWire that some miscreants, after consuming alcohol, forcibly entered the Tumbeswer temple by breaking the main gate. They attempted to steal money by breaking the Hundi. Much to their disappointment, the Hundi was completely empty. After failing at their attempt to loot the Hundi, the miscreants ransacked and damaged the Lord Hanuman and Lord Shiva idols, the Sani temple, the Basua Bullock and other assets inside the temple.

The Sarpanch of the Gajrajpur Ptanchyat, Rasmita Mohanty, informed LocalWire that the cause behind the damage caused inside the temple has not yet been ascertained, although it is suspected that the miscreants must have done it in frustrated after finding the Hundi empty. The Priest reported the incident to the Panchayat when he went to pray in the morning.

Meanwhile, the Naugaon police rushed to the spot and started the investigation but failed to solve the case and provide us with any further information.