Bhubaneswar, May 11 (LocalWire): Cyclone Fani has wiped out nearly 80 per cent of forest cover along the east coast, which is home to many endangered animals like deer, jackal, hyena and mongoose.

The once forested Balukhand coast is now a barren land, said the DFO of Balukhand wildlife sanctuary. 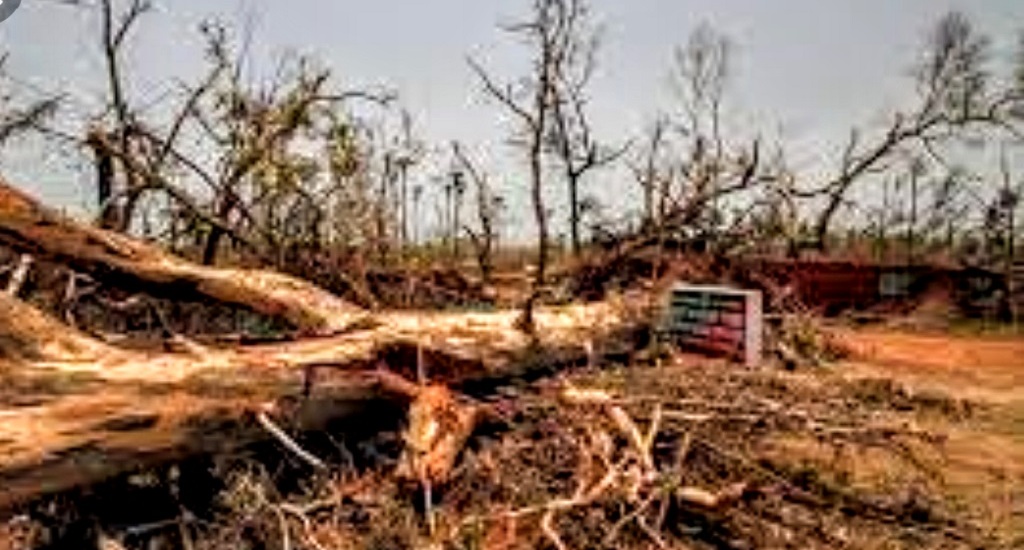 “Nearly 80% of the forest cover has been destroyed, rendering some 400 deer homeless,” he said, adding, the Chandaka Dampara sanctuary has also witnessed a large scale destruction of forests.

Fani has also uprooted scores of trees at the Nandankanan Zoological Park, forcing hundreds of resident monkeys to enter the residential colonies for food and shelter. The cyclone has also destroyed vast swathes of forests, including precious teak trees, in Khurdha’s Barunei Hill.