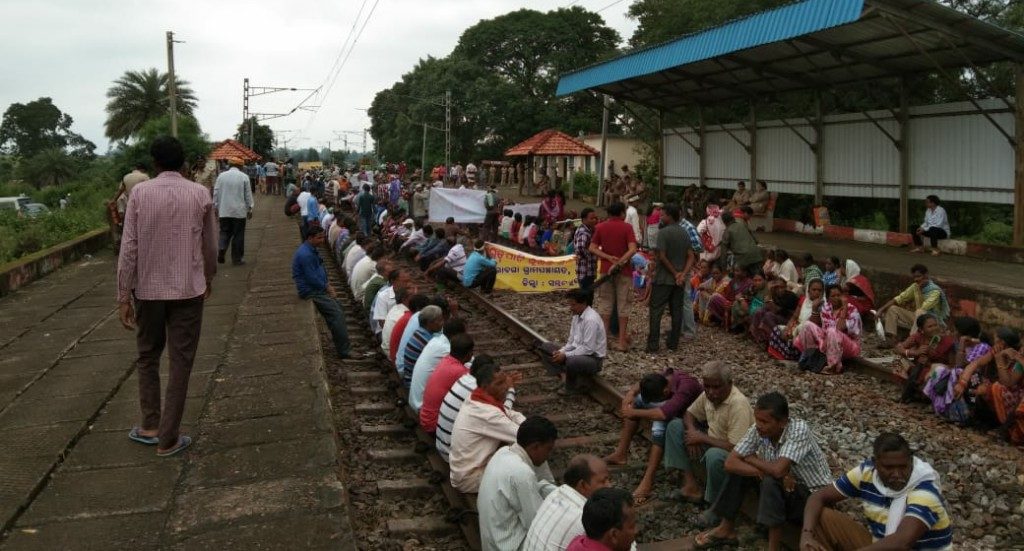 Rourkela, Sept 30 (LocalWire): A four-hour ‘rail roko’ was organised by the Paschim Odisha Krishak Sangathan Samannay Samiti today at Sagra and Bamra railway stations leading to stoppage of both passenger and goods trains in this route.

Five express trains on the up line and three on the down line were stopped due to the protest. The South Bihar Express and Tata-Bilaspur Passengers were detained at Rourkela.

Similarly, the Ispat Express was stranded at Dharuadihi, the Rajdhani Express at Kalunga and the Utkal Express at Rajgangpur.

The agitators were protesting the non-payment of crop insurance for 2018-19, lack of facilities for irrigation and rampant corruption in the marketing yards in their areas. 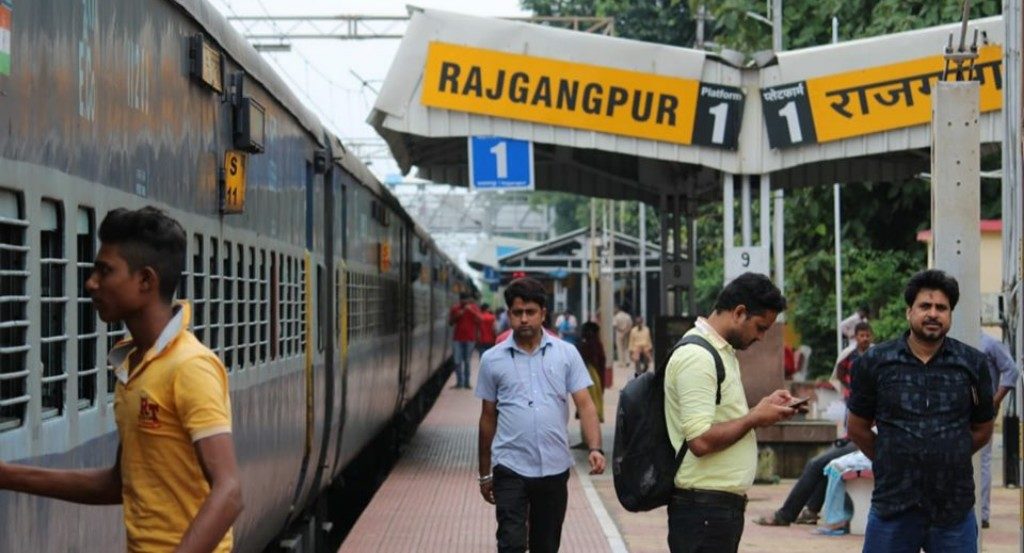 The farmers spoke against both the Central and the state governments. ‘None of the governments are concerned about farmers.

Neither the state nor the Central governments are bothered about us or what is plaguing us. There is a huge difference between what they say and what they do,’ said Bhuban Pradhan, an agitating farmer.

Another farmer questioned, ‘Have you ever been to the marketing yards? Please visit it to find out how the officials behave with us.

They believe we are illiterates and useless and are doing a great favour by opening the yards in our areas.’

The GRP and RPF personnel who were at the sight just kept looking at the agitators sitting on the tracks.

One of the GRP officials said, ‘they are sitting there peacefully and we have instructions not to take any action.

Probably no case will be registered against anyone, as no one in particular is leading them.’

One of the passengers said, ‘I would have reached Bilaspur today whereas now I will reach tomorrow. 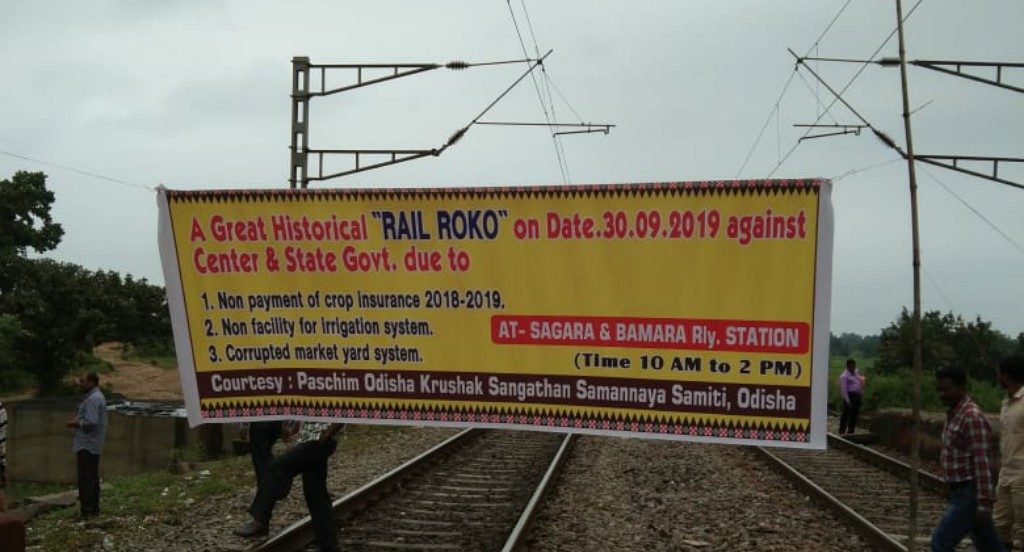 Because, this is a passenger train and is already late, the Railways will not bother about us and will make way for other trains, sometimes even giving preference to goods trains over passenger trains.’