Bhubaneswar, Nov 18 (LocalWire): Farmers across the western parts of the state are opposing the government’s delay in procuring harvested paddy from them.

Hundreds of farmers laid siege to the Sambalpur Collectorate with truckloads of harvested paddy.

Similar scenes were witnessed at Atabira tehsil office and various other places of Sambalpur and Bargarh districts that rocked the state Assembly today.

Amid noisy protests by Congress members, the Speaker was forced to adjourn the House till 3 pm.

While harvesting has mostly come to an end in the western districts of the state, the annual procurement for khariff marketing season (KMS) is yet to make any headway, forcing farmers to sell paddy in distress. 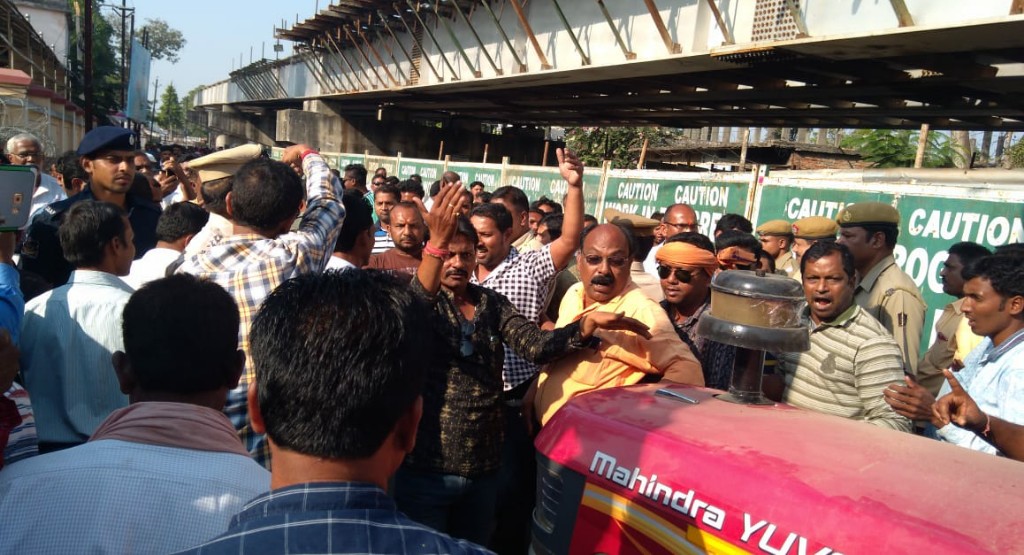 While the farmers are ready with their harvested paddy to dispose it off against payment at the Mandis, they are yet to be issued tokens or authorization by the government for procurement, said Congress legislature party leader, Narasingha Mishra.

The government had announced that KMS will begin from 1 October and will continue till 30 September, 2020.

But the procurement process is yet to beginand distress sale of harvested paddy has begun by farmers, he said.

The senior officials of state civil supplies department, however, refuted the allegation.

‘Paddy procurement has begun but there are issues regarding token or authorization in some places which are being sorted out expeditiously,’ said a senior official.