Bhubaneswar, November 23 (LocalWire): The state government’s move to organise beach festivals along the serene Chandrabhaga beach, close to Konark sun temple, has sparked off a controversy with green activists describing it as ecologically-damaging.

“The government has accorded green signal to Sand Art Festival and Eco-retreat Fete at Chandrabhaga to attract tourists to the golden beach. It is a clear violation of the Coastal Regulation Zone (CRZ) Act,” environment activist Biswajit Mohanty said. He further pointed out that the CRZ rules are being violated at Chandrabhaga beach and adjacent areas of Konark in Puri district since two projects of the tourism department are being executed right on the beach.

“For conducting Sand Art Festival, the department has engaged earth movers to dig out the sand and prepare more than 20 piles of loose sand on the beach for the artists. This has lead to change in the beach morphology and also loss of sand dunes,” Mohanty said.

“Besides, the digging will lead to loss of turtle nesting area also,” he said in a letter addressed to the Forest and Environment Department principal secretary.

“There is nothing wrong in organising festivals to showcase tourism potential and promote the tourism-based economy. 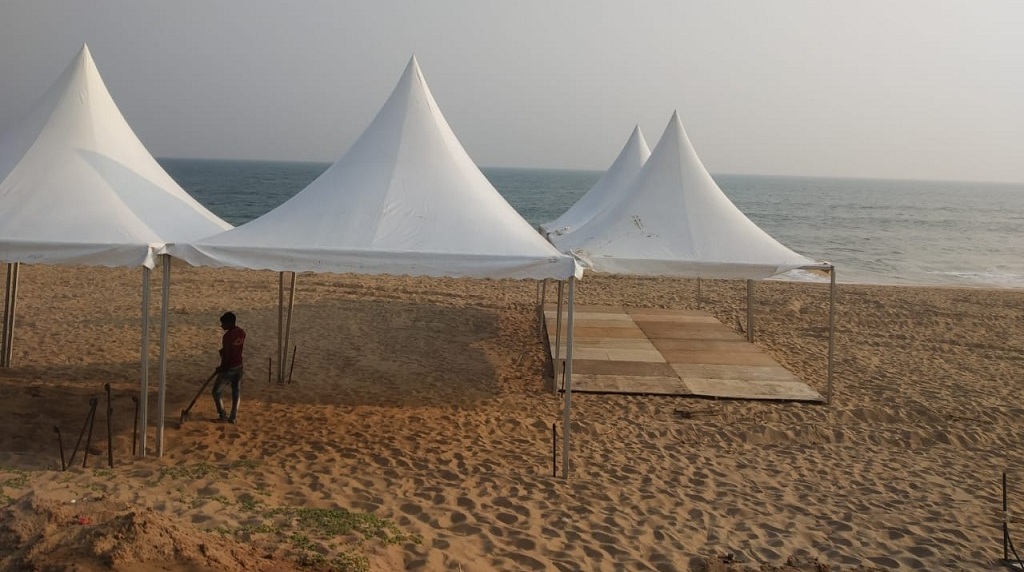 But it should not be at the cost of the environment and wildlife. The Sand Art Festival can be better arranged without digging and excavation of the beach profile,” he stated.

Mohanty also pointed out that since the forest surrounding the beach is home to protected wildlife species like spotted deer, blackbuck, pythons, monitor lizards, and wild boar, the tourist facilities in the close vicinity of their habitat, including music and games will cause disturbance to the wildlife. “Tourism should not be encouraged by ignoring the concerns of wildlife or ecology. Beaches are fragile ecozones that need to be left alone and such man-made interventions can cause irreversible impacts, including loss of valuable nesting sites for the Olive Ridley sea turtles,” he said.

The government should issue appropriate directions to the tourism department to comply with the CRZ rules and avoid disturbing the local wildlife, Mohanty wrote in the letter.