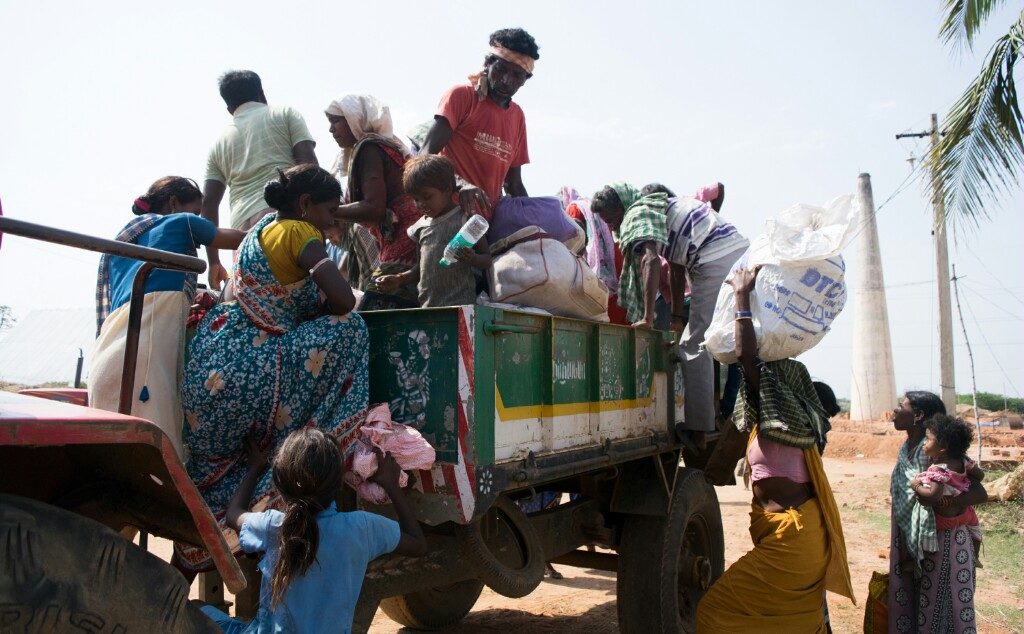 Bhubaneswar, July 30: With rural income from agriculture, fishery and related livelihood activities on a constant decline, Odisha continues to remain a major source of cheap labour. This enables trafficking of men, women, and children to different parts of the country with promises of higher earnings.

In Western Odisha, the hub of migrant labours, the traffickers have come up with new strategies to escape the vigil of law enforcement agencies including the state police, Government Railway Police (GRP) and the Railway Protection Force (RPF).

From tutoring the victims on body language to asking them to be dressed in their best, the middlemen are leaving no stones unturned for ‘safe’ transportation of their victims to the destination states.

To avoid the prying eyes of cops, the victims are picked up as early as 4 am and ferried to the railway stations.

In case, a raid or check is suspected, the victims are moved to mandaps, the large venues usually meant for wedding functions, where they are made to wait till the vigil is over.

“They are taught answers to the Frequently Asked Questions (FAQs).

Very often they are tutored to reply that they are going to attend a wedding function of a relative or to attend to an ailing relative,” Ashish Deep, a social worker working on Human Trafficking, said.

With the cops raiding the trains more frequently looking for suspects, the traffickers are gradually opting for buses and other modes of transport.

At times the labourers are asked to board the trains from a lesser-known station.

“We have even come across cases, where the traffickers are buying airbags for the victims so that their cloth sacks do not invite unwanted attention of the cops,” another social worker Dipti Manhira informed.

Sadly, labourers from rural, agriculture-based areas are forced to enter the chain of trafficking due to losses borne in farming triggered by irregular climate patterns, environmental degradation and lack of irrigation facilities.

“When I was a child, my father used to grow enough for all of us – a family of six.

We had enough to eat all year round and used to sell the extra paddy, pulses and vegetables that were leftover from the season. But the climate has changed so much and the production has decreased.

I am unable to ensure two square meals a day for my three-member family.

I was forced to migrate with my family and was held captive by the owner for four months until the government rescued me,” Damru, a bonded labour survivor from Nuapada, said.

It may be noted that before leaving for the destinations, victims are paid an advance ranging from Rs 20,000 to Rs 60,000 which is used by them to meet their critical emergencies or settle their previous debts.

This is treated as a form of a loan against which the victims agree to work for the lenders in unknown locations till their debts are cleared.

Once the labours are trapped using the loan, the next phase of the trafficking business involves their transportation to the destination sites, most likely one of the thousands of brick kilns feeding the real estate boom in the southern states.

Earlier this month, the Labour and Employees’ State Insurance Minister Sushant Singh informed the media that the department had rescued 1,387 migrant labourers from Odisha working in different states.

The department has issued as many as 2,741 licenses to contractors in 2018-19 for engagement of 1,28,348 people as migrant workers in different parts of the country.

Besides, the state government has set up Anti Human Trafficking Units in all the 11 trafficking prone districts.

“Migrant Support and Resource Centres have been opened at Kantabanji in Bolangir district, Padmapur in Bargarh district and Balugaon in Khurda district to assist the people going as migrant labourers to other states and countries,” informed Singh.

As per government records, of the 1,28,348 registered migrant labourers going outside in search of work, 77,687 hail from Bolangir district alone, the Minister added.

* The writer works at International Justice Mission, a NGO which campaigns against human trafficking)