Jagatsinghpur, August 10 (LocalWire): Hundreds of locals, including researchers, social activists, students, lecturers, advocates, and others joined the science march in Jagatsinghpur today to highlight the value of science and the need to adopt a scientific approach in one’s life.

The march also aimed to highlight how different section of people, including politicians and educational institutions were undermining science.

The participants alleged that educational institutions of repute and other bodies were to be blamed for promoting pseudo-science, either under pressure from or to please the powers-that-be. 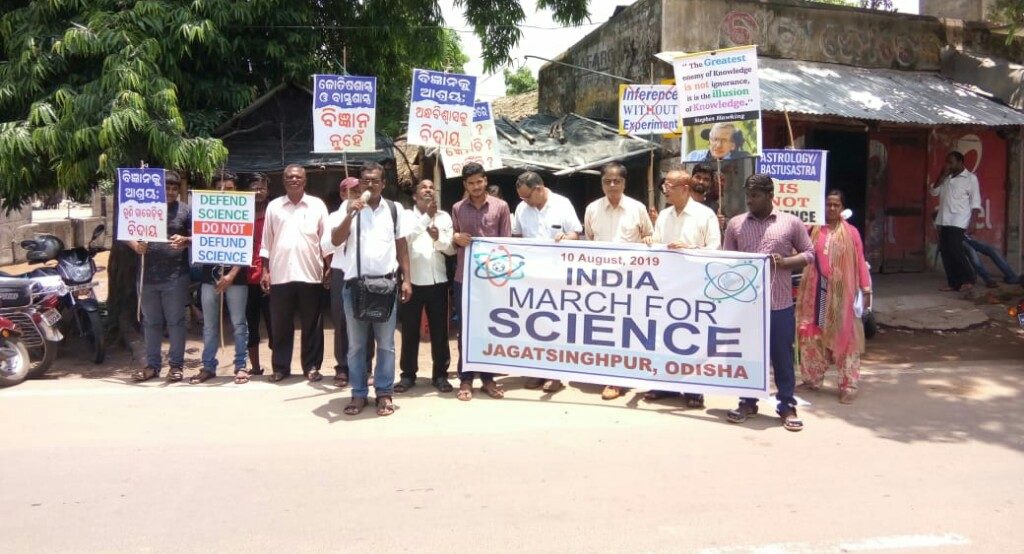 “Science in India is facing the danger of being eclipsed by a rising wave of unscientific beliefs and religious bigotry, and scientific research is suffering a serious setback due to dwindling governmental support,” the marchers stated.

Addressing the gathering, activists and researchers highlighted that the prime minister had once claimed that plastic surgery and techniques of artificial reproduction were practiced in ancient India, while one union minister recently dismissed Darwin’s theory of evolution because “no one had seen man evolving from a monkey, nor had our sages mentioned it.” 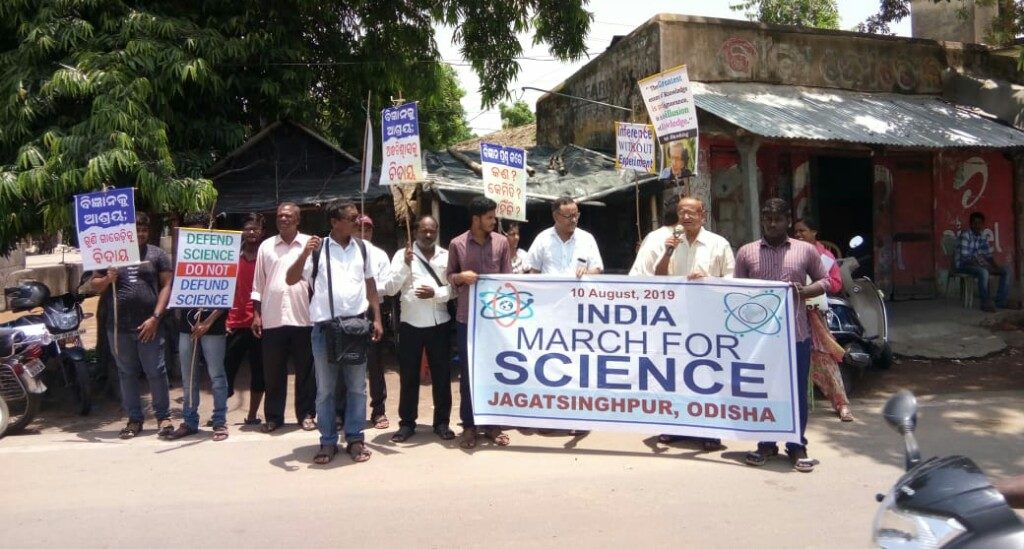 All these constitute a threat to science, its spirit and its practices that are the very basis of our modernity.

The participants also stressed that Article 51A of the Constitution makes it the duty of every citizen to promote scientific temper, and the country’s development needs genuine science and technology.

“The allocation for science research and development in the country is very low at 1% of the GDP, while the spending on pseudo-science is increasing,” they added.

It may be recalled that science marches were held in many major cities of the world on 22 April last year to protest against US President Donald Trump’s climate policies and anti-science stance.

In India, the march has been started last year in August.