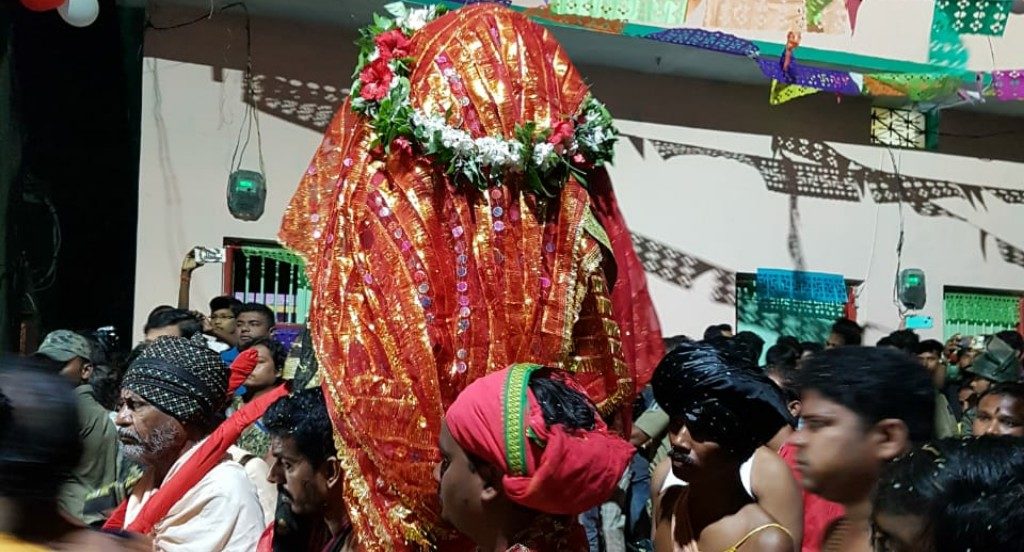 Bhabanipatna, Oct 6 (LocalWire )Hundreds of goats and roosters were slaughtered on Sunday at the district headquarters town of Bhabanipatna as part of Chhatar Yatra, an annual religious ceremony, despite awareness drive by authorities and activists to check the sacrifice.

The animals were slaughtered on either side of the road during three km procession of the presiding deity Maa Manikeswari. The practice of en masse sacrifice of animals, according to locals, is in accordance with age-old ritual followed by worshippers of Shakti Cult.

The devotees are of the view that the deity continues to shield the region from the scourge of Nature’s fury. 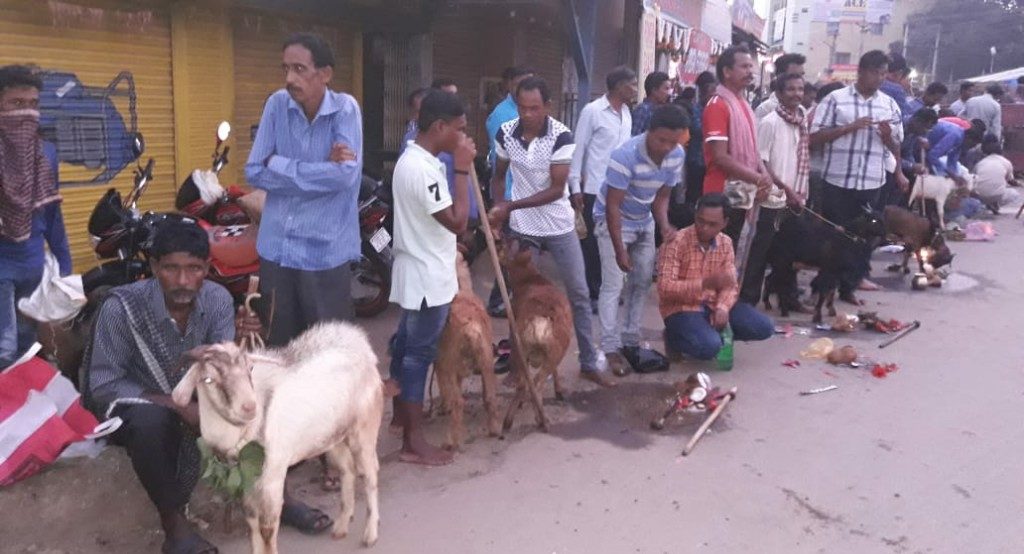 Offering animals is a token gesture of reverence towards the Goddess who in turn ensures our safety as of our lives, crop and livestock, a devotee said.

Elaborate security arrangements have been made to maintain law and order during the event.