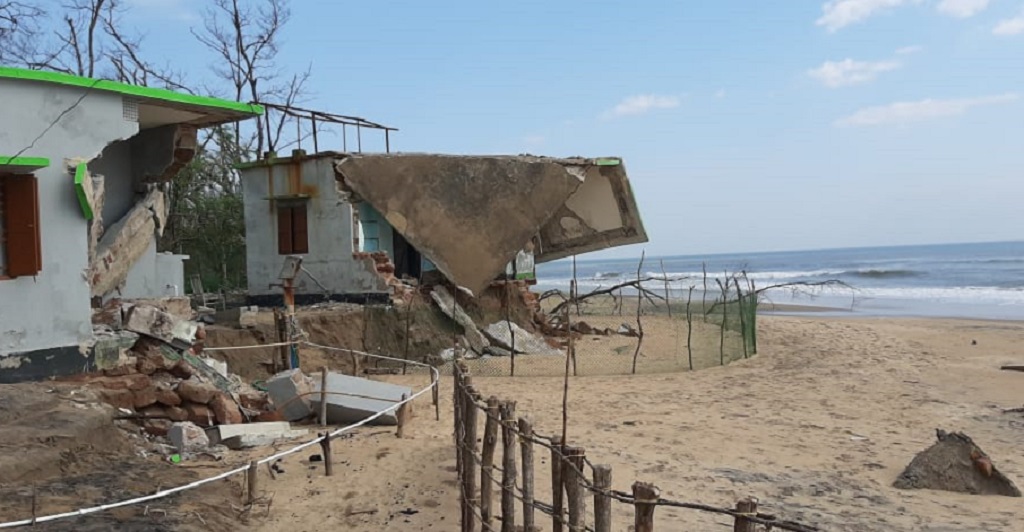 Kendrapara, Dec 13 (LocalWire): The sea is all set to consume the tourist guest houses at Habalikhati within Bhitarkanika National Park in Kendrapara district.

The forest guest houses amidst the casuarina and mangrove plantation is a lovely place to stay but the garden, watch tower and two rooms have already been wiped out while six seaside guest houses are on the verge of being eroded by the encroaching sea as they are situated only few metres away from the Bay of Bengal.

This beach is also famous for the nesting of endangered Olive Ridley sea turtles where tourists can watch their nesting process. More than three to four lakh turtles lay eggs on this beach and its nearby islands each year. But the marching sea is all set to devour this beautiful beach and its guest houses. 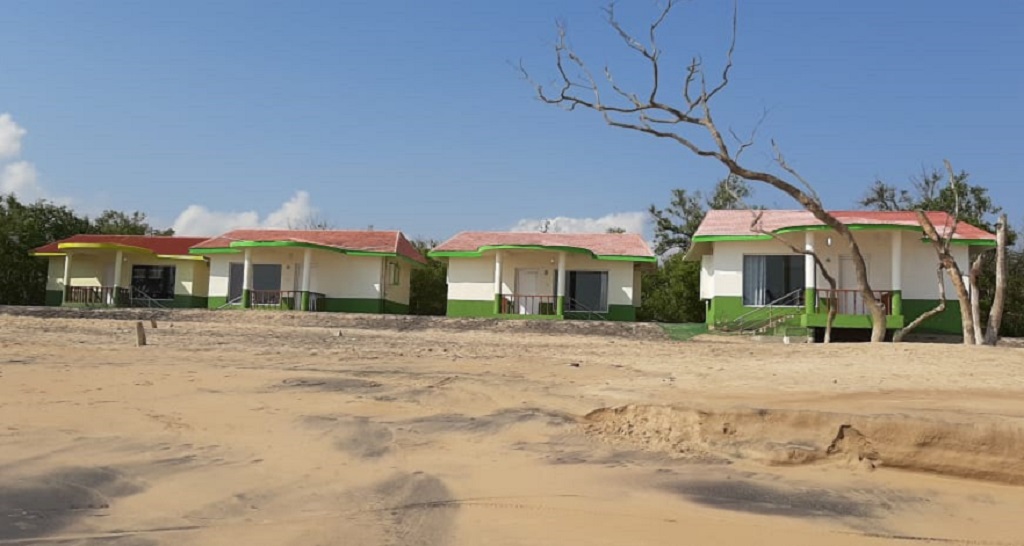 ‘Each day, I watch the beautiful sea from my room crawling menacingly towards Habalikhati,’ said Pramod Behera, a forest guard at Habalikhati.

‘Last month one of the guest houses suddenly started shaking at night as the earth around it started to crumble away. We hurriedly left the house and in the morning found the remains of the room in the sea,’ added Behera.

The sea is definitely encroaching on Habalikhati,’ said Manas Rout, another forest guard who has lived in the area for 30 years.

The forest department had built six guest houses, watch tower and rooms for the forest staff four years back around 1.5 kilometers away from the sea to attract tourists at Habalikhati. But the sea has inched one kilometre towards Habalikhati in four years. 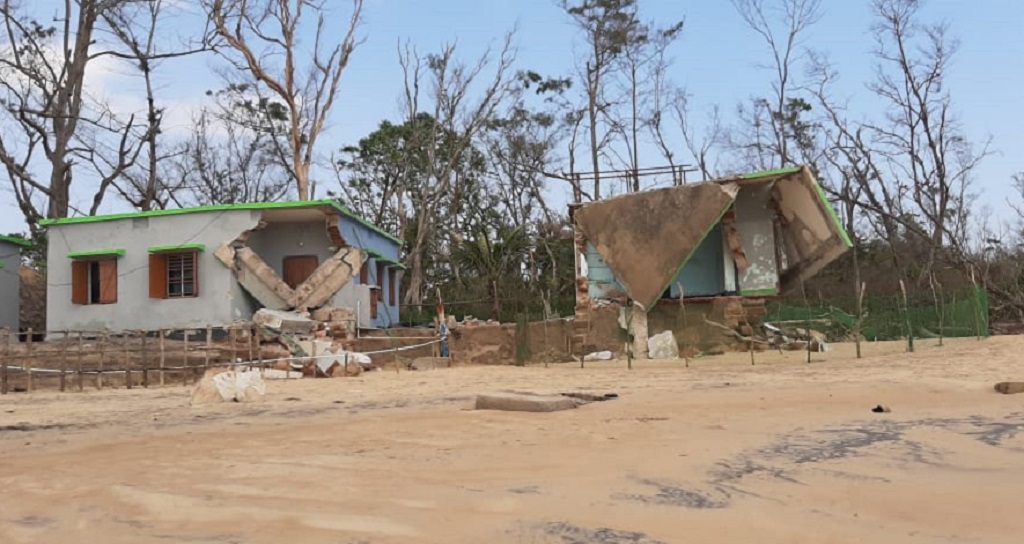 ‘Officials have visited Habalikhati but they did not take any preventive measures. If prompt measures are not taken to save the guest houses from erosion, Habalikhati will be gobbled up by the sea within a year,’ said Sukanta Das, a tour operator from Kendrapada.

Tourists flock to Habalikhati’s virgin beach during winters but now they are afraid as the sea is slowly encroaching the virgin beach, added Das.

‘I stayed for three days at Habalikhati four years back. Recently, I visited this beach again and found the sea had destroyed major portions of the area with huge waves slamming Habalikhati daily,’ said Tapan Parida a government employee from Kendrapada.

Divisional Forest Officer of Bhitarkanika National Park, Bikash Ranjan Dash said ‘Habalikhati is at risk due to erosion. We are planning to build a sea wall to protect the marching sea.’