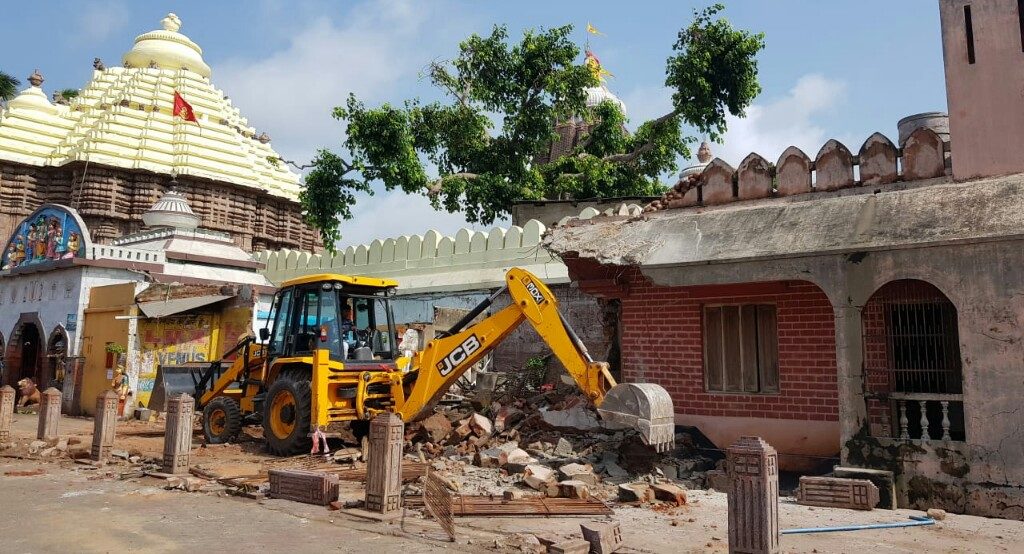 Puri, Aug 19 (LocalWire) Puri district administration has begun bulldozing the permanent illegal constructions that have sprouted up along the Meghanada Pacheri (wall) of the 12thcentury Jagannath temple.

The drive, that begun at 6 am today, has been peaceful and incident-free so far.

However adequate armed police deployment has been made as a precautionary measure, said Puri Collector Balwant Singh.

The administration is carrying out the drive to free the wall-side places free from encroachers as per the cabinet decision in this regard, he said.

Earlier the state cabinet had given nod for implementation the recommendations of Justice BP Das Commission for the safety and security of pilgrims at Puri’s Jagannath temple.

The commission in its report had recommended that all structures within 75-metre radius of the temple need to be cleared to facilitate free movement of visitors and to ensure safety of the temple.