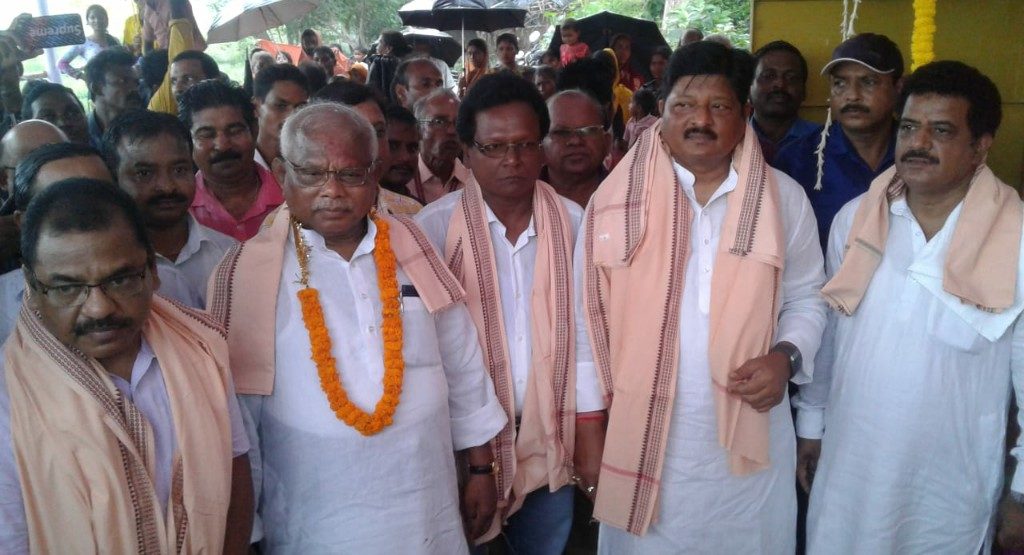 He said steps have been taken to develop roads, drinking water facilities, electricity, plantation, health and education for the holistic development of the municipality.

The minister distributed old age pension, widow pension and work order to the beneficiaries of Prime Minister Awas Yojana scheme in the municipality.

Addressing a gathering, he said the state government was determined to activate different programmes with the the help of 5Ts.

‘Rs 15 crores will be spent towards electrification through cable while the authorities of Paradip Port Trust has agreed to give Rs 50 lakh for the development of Sanskruti Bhavan.

500 LED bulbs will be supplied to each ward of the municipality and Naba Krishan Chaudhry Stadium will also be spruced up.

He also opened to the public a concrete road from Sarbangasundari Chhak to Amarpurgada of Jagatsinghpur municipality and Kalyan Mandap in Jagatsinghpur town today.

Later, he visited Garei Jagnnathpur temple under Naugaon block and interacted with the Collector regarding overall development of the temple.

Local MLA Prasant Muduli, Tirtol MLA Bishnu Das and other officials were present during the occasion.