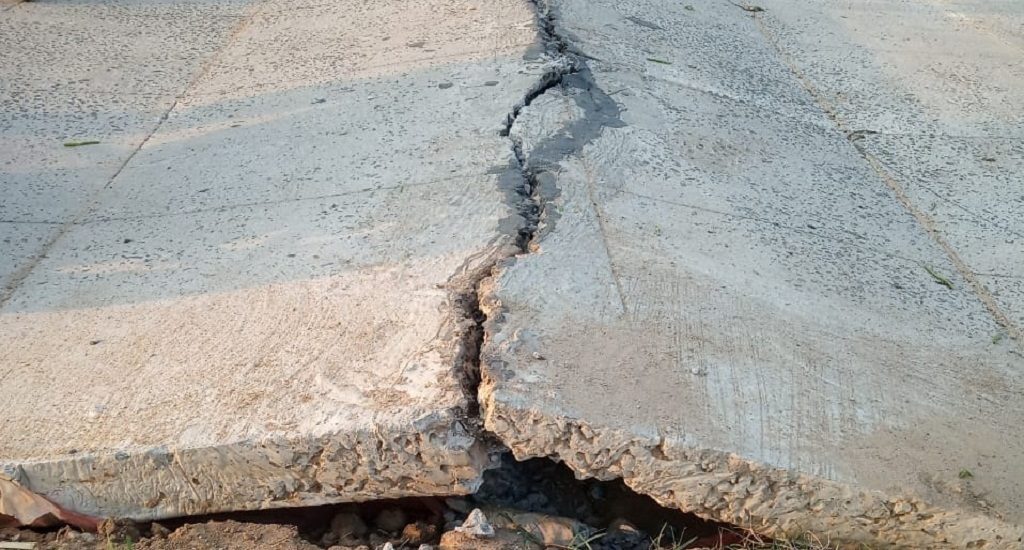 Villagers alleged that contractors have used low quality cement and other materials to build the roads. Despite adequate funds, contractors use low quality construction materials so they could siphon a portion of the amount in their pockets, alleged a villager from Jagatsinghpur.

“Many roads are turning into death traps due to poor construction and lack of repair,” said the villager requesting anonymity.

He said that over Rs.1 crore was sanctioned in 2017-2018 for construction of 2.2 km pucca/concrete road from Naugaon to Rohia. But only 0.15 km of road was pucca, the rest was concrete.

Villagers alleged that a nexus between contractors and officials is the main reason for poor road construction as they pocket half of the funds.

Assistant engineer Anil Sethi has confessed to poor road construction on Naugaon-Rohia stretch. He, though, said that the contractor has been asked to repair the road as soon as possible.

Last year, villagers of Dhinkia had sought a vigilance probe into poor road work under PMGSY. The Borikina-Sumuda road and Nuagaon-Dhinkia road had developed cracks less than year after completion.