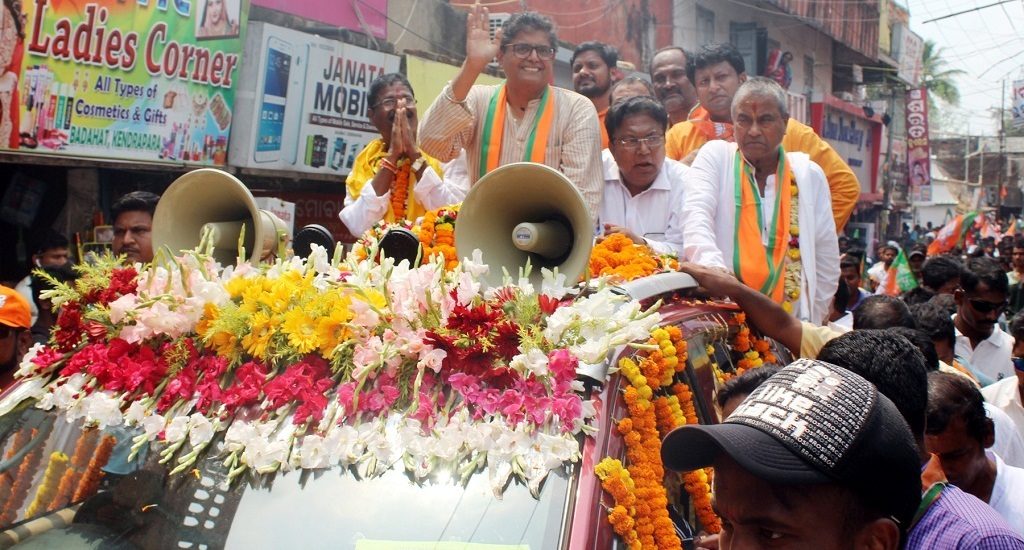 Panda, accompanied by a large number of BJP supporters reached the Collector’s office to file his nomination papers hoping for a hat-trick.

The BJP is planning to rope in many national leaders to campaign in the constituency to facilitate Panda’s victory.

Later, he was elected to the Lok Sabha from Kendrapara Parliamentary constituency twice as a BJD candidate in 2009 and in 2014. He was suspended from the BJD for anti-party activities in January 2018.

He resigned from the Lok Sabha seat in June last year and formally joined the BJP in March.

After filing his nomination papers, Panda said, ‘Law and order has completely collapsed in Odisha under the BJD government.

Crime against women and children is increasing. Many ruling party leaders and senior officers are corrupt.

Earlier the BJD was an ally of the BJP but it snapped all ties with the BJP and started opposing the NDA government.

Industries in Odisha are being harassed as a result and the state is not able to attract investment or create jobs.

BJP will form government both at the Centre and in the state. Narendra Modi is taking the country in the right direction.’