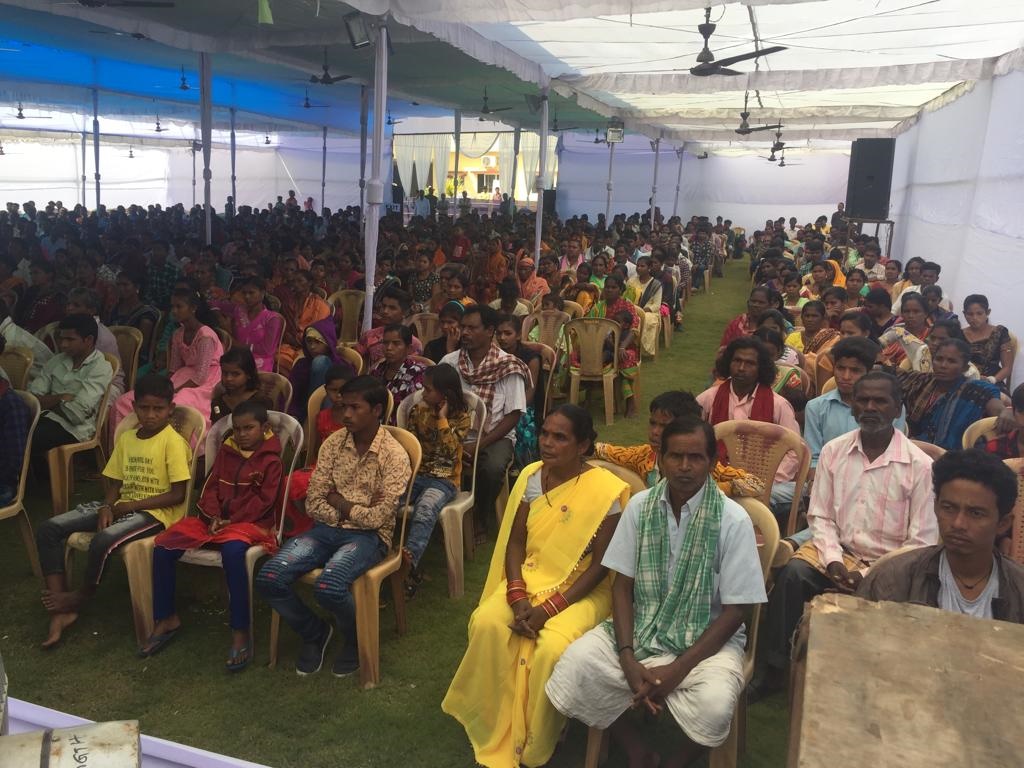 Titilagarh (Balangir), Nov 24 (LocalWire): Hundreds of labour trafficking survivors from across the state today came together to acknowledge the state government for aiding their rescue and rehabilitation.

Participating at a gathering titled ‘Jeebanoutsav’ at Titlagarh in Balangir district, the labourers discussed, deliberated and appreciated the recent measures taken by the government to combat unsafe migration in the region.

Experts working on the issue of labour trafficking billed the number as the country’s highest-ever one-time arrests for the crime.

Similarly, Odisha Police rescued more than 400 people before they would be trafficked from Nuapada, Bolangir, Kalahandi, Nowrangpur and Rayagada in the past two months.

During preventive rescue, 139 people were rescued and 40 agents arrested in Balangir alone.

In Nuapada, 284 labourers were rescued and 23 cases registered, informed the district police.

‘It is very encouraging to see Odisha taking lead and being an example for the country in its efforts to create safe communities for migrant labourers.

Coming together of the department of Labour, Panchayatraj, WCD and the Home is commendable not only rehabilitating but also in the preventive rescues done in the migration-prone region,’ said Neenu Thomas of International Justice Mission that works alongside the government to combat labour trafficking and unsafe migration.

Hemanti, a 35-year-old survivor of labour trafficking shared how an agent promised her work at a chicken coop in Banaglore for Rs 5000 a month. ‘We toiled for 19 hours a day for three months and the owner paid us nothing.

He would not let us return home either. Each time we asked for our salary, he would thrash somebody in front of us to instill fear.

Worse still, our family had to live inside the stinking chicken coop amid the birds and their droppings,’ she narrated.

‘We had to cook there and sleep there along with my 2-year-old who would frequently fall ill but we were not allowed to visit a doctor,’ added Hemanti, who was rescued from the facility in Karnataka in 2017.

‘I was asked to tear open all the dead chicks and show it to the insurance agent everyday for the owner to claim insurance for the disease.

Those were the worst days of my life. I am thankful that I am back home,’ said Bhujbal, a teenager from Nuapada at the event.

Speaking at the event, Minister of Women and Child Development department, Tukuni Sahu, announced construction of a community centre at Titlagarh for the benefit of migrant labourers, particularly for women migrating with children that can be used for the purpose of meetings, trainings and information dissemination.

Stressing on the need for registration with the gram panchayat before migratiing, Labour Commissioner Niranjan Sahu, in his message said, ‘The state government has several schemes to ensure safe migration of labourers and we urge all labourers to follow the guidelines and apply for benefits and entitlements provided by different departments of the state government.’

The event was attended by senior officials of the labour department and Odisha Police. An array of cultural events and entertaining programmes marked the occasion.