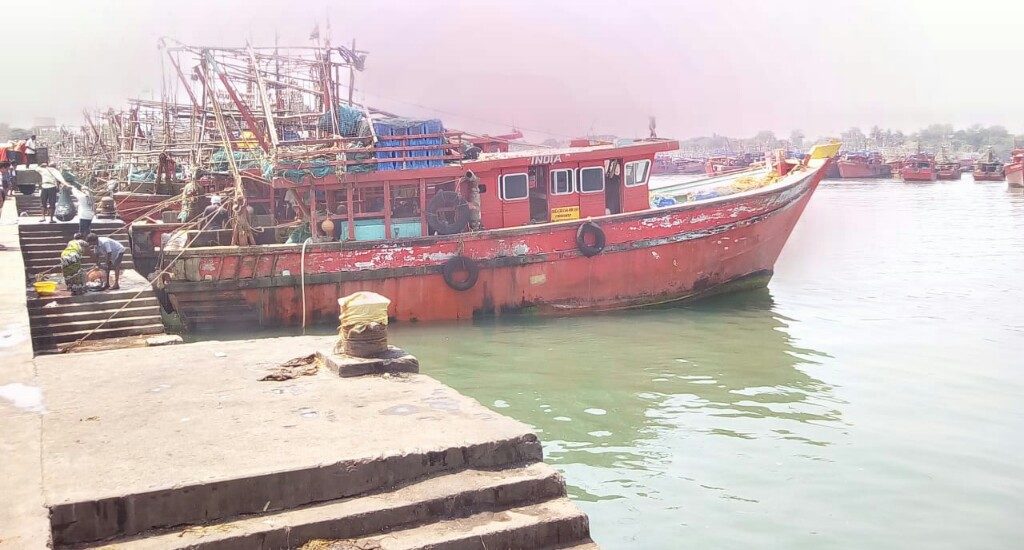 Kendrapara, June 15 (LocalWire): Marine fishermen ventured into the sea on Saturday after the 60-day-long fishing ban from 15April to 14 June, was finally lifted.

The government imposed the two month ban on fishing to help restore fish stocks in the breeding season.

17,450 fishing vessels including 1741 trawlers are registered with the department of fisheries.

Hundreds of fishermen kept themselves busy repairing their equipment and fishing boats in preparation of the fishing season.

Many fishermen from Andhra Pradesh have already returned to the seaside villages of the state.

‘The fishing harbours of Paradip, Kharinashi, Jamboo and other areas are witnessing hectic activity before the fishing season commences.

Ice bars are being loaded in trawlers, fish merchants from West Bengal have already arrived and seafood exporters have opened their offices and fish collection centres to purchase fish and prawn from the fishermen,’said Arabinda Mandal, a marine fisherman of Kharinashi village.

But this year, several fishermen are also at a loss as around 6390 fishing boats were damaged during cyclone Fani on 3 May.

The state government announced a preliminary compensation of only Rs 9600 for each damaged boat and Rs 2600 for damaged fishing net.

The monsoon trawling ban was introduced in 1998 to help unhindered breeding of fish during the rainy season. The monsoon season is breeding season of nearly 300 species along the coast of Odisha, said Pratap Rajnan Rout, the joint director, fishery (coastal).

Tusharkanta Sardar, president of the district unit of the Odisha Traditional Fish Workers’ Union (OTFWU), said ‘The 60-day-long fishing ban during the breeding season has proved to be a great success.
.The breeding period really helps us to catch big shrimps which fetch good prices.

Many worshipped the sea before venturing into the sea for fishing’.

Fish prices, which were skyrocketing due to non-supply of adequate fish during these two months, are expected to normalise as fishermen have started venturing into sea from Saturday.

The impact on fish prices would be felt in the local markets in a few days, said Ranjit Behera fish seller of Kendrapara fishing market.