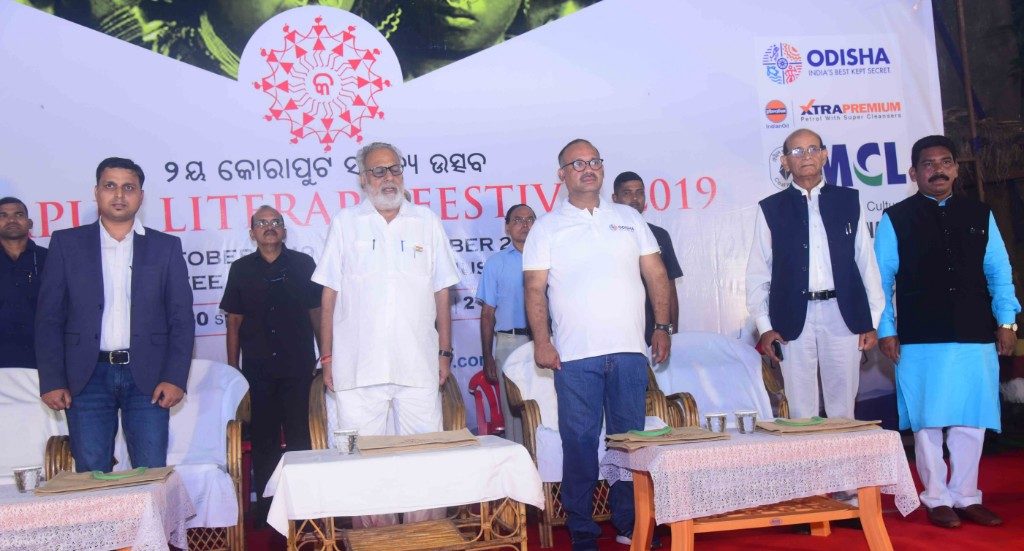 Koraput, Oct 27 (LocalWire) Odisha governor Ganesh Lal said that writings should give a feeling of the world as a heaven.

“We need to write in such a way that as someone goes through the literature he/she would feel the world as a heaven”, the governor said while addressing the second addition of Koraput Literary Festival (KLF) here.

Stating that the purpose of literature is to prosper the world, he said it’s nothing short of Yoga which helps one to lead from the human consciousness to the cosmic consciousness.

The governor said Sahitya will teach that desires shouldn’t be limitless as only a literary person can transform this world into a heaven.

“There is no salvation after death. Sahitya will teach us how to attain salvation here on the earth”, he said.

“One may not imagine the power of literature. It’s more powerful than the Trishul (Trident) of Lord Shiva, mightier than the Bana of Lord Rama and more forceful than Sri Krishna’s Sudarshan”, he said.

Koraput is the the best place for tourists and this type of festivals attract strangers.

Once they go back to their place and share their experience, they will become our brand ambassadors. “Our guests are our ambassadors”, he said.

Stating that the rice produced here is being consumed by the world, the minister said the cultural heritage of this valley is one of the identities of Odisha.

Deomali is the place in Koraput where an author will find solace and inspiration for new creations.

It’s a place where one finds God’s blessings everywhere and the minerals, the forests, the natural beauty are its unique attraction, he said.

The two-day national literary extravaganza organised by leading media and publishing house Odia Media Private Limited witnessed a huge gathering of celebrated authors, thinkers, policymakers, politicians, social activists and intellectuals from Odisha as well as other parts of the country.

Over 60 speakers spoke in 15 sessions and more than 40 poets also participated in different poetry recitations.