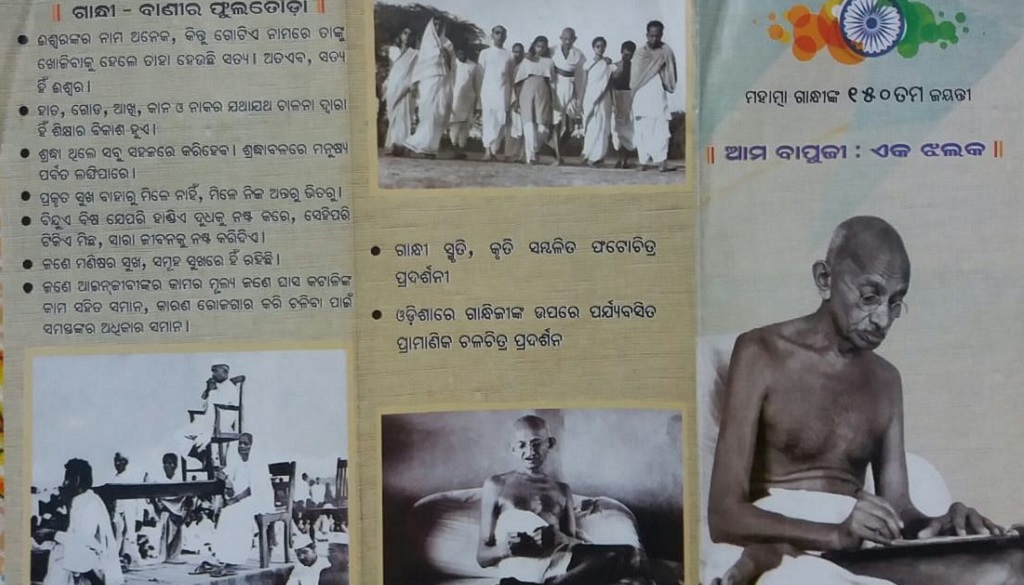 Bhubaneswar, November 15 (LocalWire): Causing major embarrassment to the state government, the Schools and Mass Education Department has published a leaflet which says that Mahatma Gandhi had died “accidentally”.

The depiction of his assassination by Nathuram Godse as an accident has sparked off a major controversy in the state.

Mahatma Gandhi was shot dead by Godse at a prayer meeting in Birla House on 30 January 1948.

According to the two-page leaflet released by the department to celebrate the 150th birth anniversary of Mahatma Gandhi, he died due to an “accidental sequence of events” at the Birla House in New Delhi on the day.

Even as the beleaguered government agencies have ordered a probe into the glaring slip-up, the matter was tabled in the state assembly on Friday.

“The government is glorifying the murder of Mahatma by such scandalous and misleading facts. Mahatma’s murder is a recorded fact and the assassin had been sentenced to death. But the state government is oblivious of the darkest hour of Indian history,” senior lawmaker Narasingha Mishra stated in the assembly.