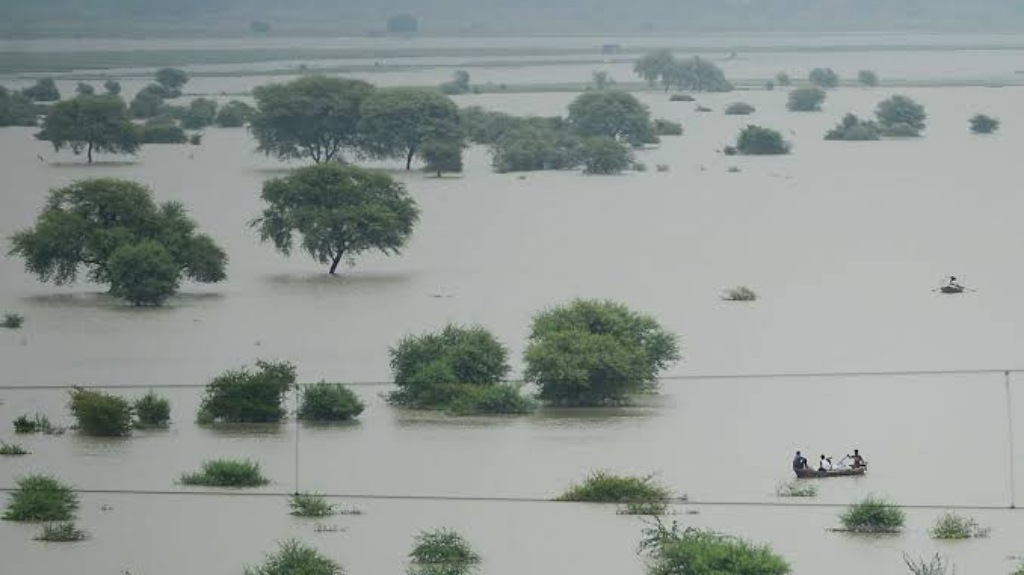 Thousands have been displaced due to the recent floods in Odisha.

The uncanny and torrential rainfall in the state has exposed it to severe floods in the river basins and delta areas.

The recent floods in the Brahmani, Mahanadi and other rivers of the state has left over a dozen people dead and more than a million people affected, according to the disaster management authorities.

Since many decades, Odisha has been witnessing many severe floods, some of the extreme flood years were that of the 2008, 2011 and 2020. As shown in the image above, the 2008 floods in Odisha pushed the Mahanadi River over its bank.

This was followed by incessant rainfall and storms, thus taxing the rivers throughout the state.

This flood was the worst in 5 decades and it destroyed 4.45 lakh hectares of agricultural land and 2,58,155 houses.

The major reasons were heavy siltation of rivers, poor drainage, and breaching of the embankments.

There has been an increase in the trend of illegal encroachment over the river beds, which in turn has drastically reduced the carrying capacity of these rivers, thus causing this havoc.

There were many small-scale floods after 2008 as well, after which came the floods of 2011 that pointed out the loopholes in river basin management and planning.

Nineteen of the 30 districts were engulfed by floodwaters affecting 4.5 million people across the state.

Besides, 2900 km of roads were damaged, and 4.78 lakh hectares of cropland were washed away or silted.

Incomplete canals did not allow easy water drainage from the two largest reservoirs, Hirakud and Rengali, thus adding to the woes.

Odisha has been witnessing such floods since the 1990s.

Experts say that the state requires an effective flood management policy, which is not only technically upgraded but also integrated with the climate change scenario.

Adapting new holistic approaches and finding out ecological measures for managing floods can ensure reduced damage to life and property of the people of Odisha, experts say.

This article was edited by Sneha Santuka.