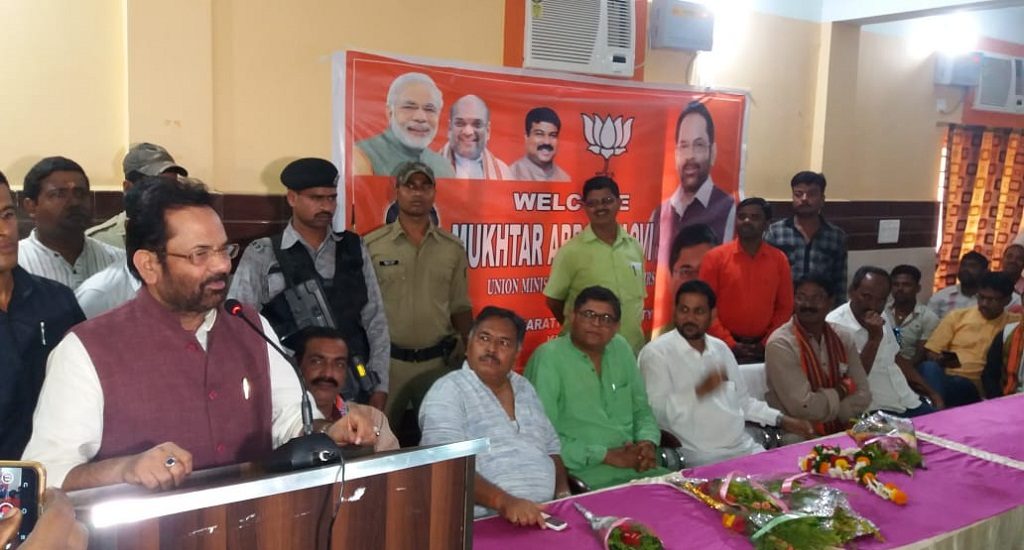 “Faith of Muslims on the Modi government has increased as there was no communal violence in the states. The PM is determined to improve the living conditions of Muslims,” he said at a rally on Saturday.

“Around 700 Muslims from Odisha had gone for Haj to Saudi Arabia. We gave visas to all,” he added.

However, the opposition uses Muslims only as vote bank, Naqvi alleged. He blamed the Congress for poverty and backwardness of Muslims in the country.

He said that Muslims account for 14 per cent of India’s population and plays a key role in the development of the country, yet they were left behind due to so many years of Congress misrule.

“We treat all the Indians alike. Our country has succeeded in getting Pakistan isolated globally for abetting terror under the strong leadership of PM Modi,” Naqvi added.

The BJP leader exuded confidence that his party would win in Odisha.

“Students, youth, farmers and every section of the society are unhappy with the state government. On other hand, Congress lost its credibility and faith of the people,” he said.

The Union government had provided Rs 4 lakh crores to the state under various schemes. But the BJD government failed to utilize the money properly for which Odisha is now a backward state, he said.