Kendrapara, September 5 (LocalWire): The population of monsoon birds has increased in the Bhitarkanika National Park in Kendrapara district this year.

The forest officials on Friday released the results of the bird census, which pegged their population at 97,866 (ten species).

This means the population has increased by 9192, compared to the last census in 2019 as last year the forest officials sighted 88, 614 birds during the bird census.

“We monitored all the water bodies and mangrove forest areas of Bhitarkanika from 23 September to 30 September and did proper bird survey and census.

Team members scouted the park and its nearby areas to count the birds keeping proper social distance and wearing masks as per the Covid-19 guidelines,” said Bikash Ranjan Dash, the Divisional Forest Officer (DFO) of Bhitarkanika national park. 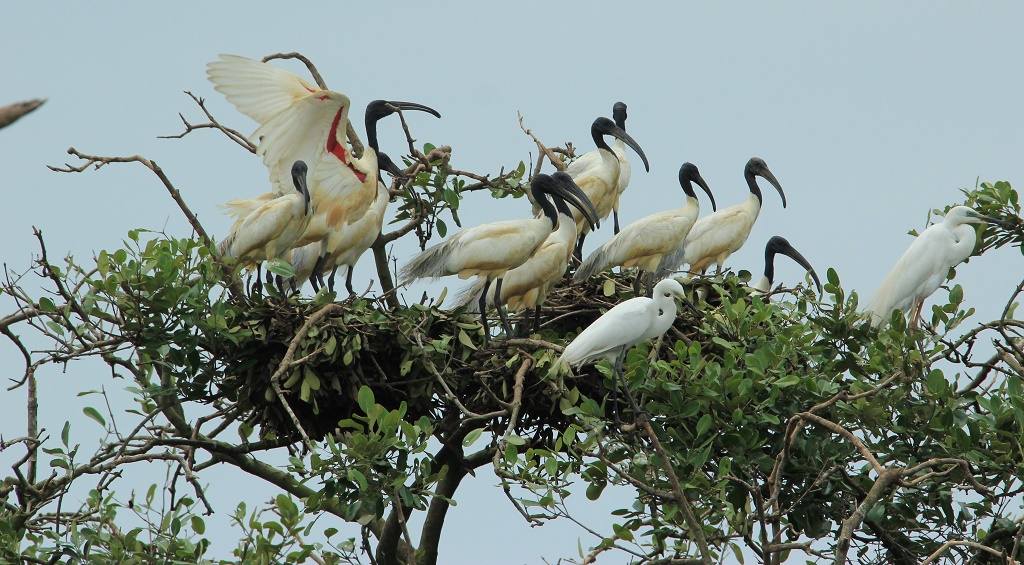 Large numbers of monsoon birds find a new nesting site at mangrove forest near the river Bramhani at, Mathadia, Laxmiprasaddia of Durgaprasad forest block near the Bhitarkanika Park in this nesting season. We counted 21,185 nests on 1424 trees during the census, added the forest officer.

In the monsoon season, local birds arrive in Bhitarkanika to lay eggs. But in winter, migratory birds arrive to avoid the winter in far-off places beyond the Himalayas, added the forest officer.

The avian species used to get sufficient fish and a serene environment in Bagagahana and other water bodies within the park in the past but many prawn mafias destroyed the ecology of these areas by converting the wetlands and the forest lands into prawn farms.