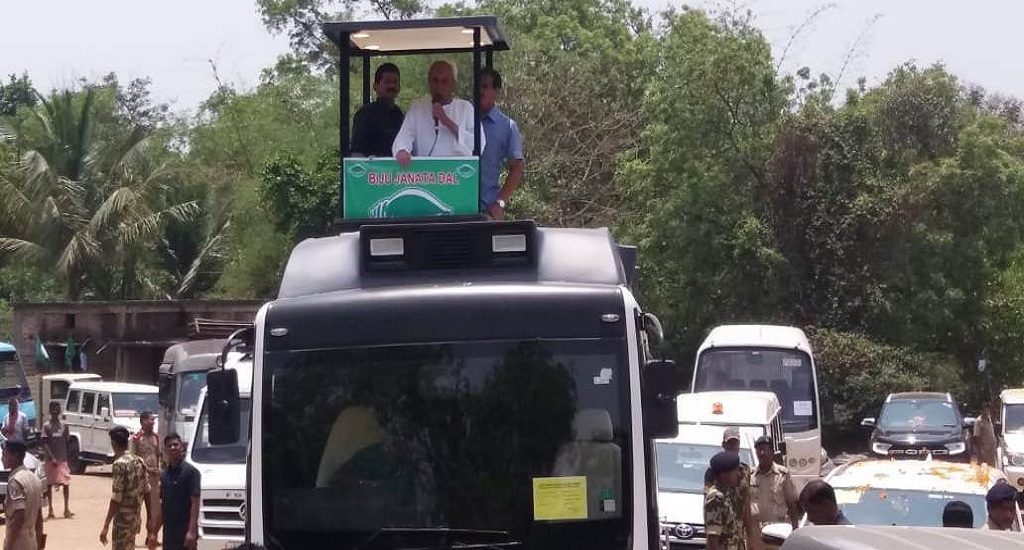 Kendrapara, April 26 (LocalWire): With less than three days left for the last phase of elections, BJD supremo Naveen Patnaik has intensified his campaign in Kendrapara from Friday.

His roadshow covered Mahakalapada, Kendrapada, Patakura areas to prevent the entry of his bete noire Baijayant Panda into the Parliament. He scaled up his battle with the BJP candidate by predicting his defeat.

A huge chunk of Bengali-speaking voters will decide the fate of the candidates in Mahakalapada Assembly seat and the Chief Minister, too, tried to appease them.

‘Our government has already provided land to many Bengalis. Others will also get land pattas from the government soon,’ he said to the people in the seaside village Kharinasi.

To garner the 70,000-strong Muslim votes, Patnaik said ‘Odisha is a peaceful state and minority community members are safe here.’

The Chief Minister reiterated his promise that the second instalment of Rs10,000 grant from KALIA will be provided to farmers on the first day when BJD forms the next government.

He said the opponent parties have no agenda for the development of the state. The BJD-ruled government has made several women self-reliant through the self help groups.

Since his party came to power 19 years back, the state has progressed in all sectors.

‘Our prime objective is to improve the quality of life in villages, where a major chunk of the state’s population resides.

We have been doing many welfare schemes for the people and are determined to help all.

We started the one rupee per kilogram rice scheme and other beneficiary schemes for the people who are like family to me,’ added the Chief Minister.