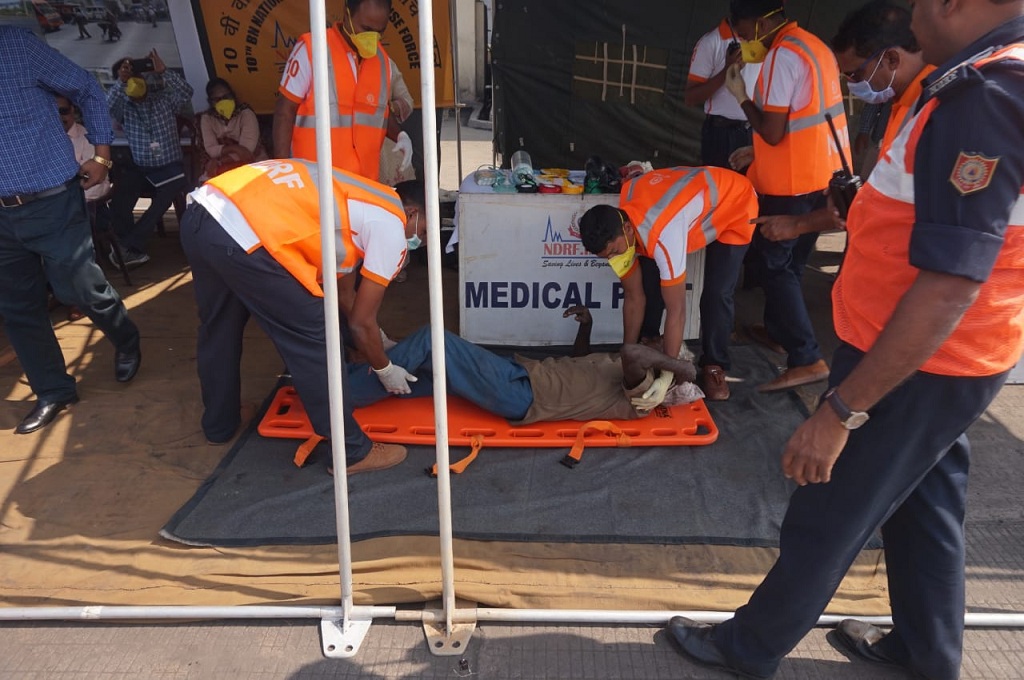 Bhubaneswar, November 16 (LocalWire): The National Disaster Response Force (NDRF) is planning to set up a special unit to ensure the safety of heritage sites during the natural disaster.

According to the NDRF director general Satya Narayan Pradhan, the organisation is preparing a blueprint to create a unit in each of its battalions whose primary responsibility will be to undertake restoration work of the monuments damaged due to disasters.

“We have drawn up a plan to raise a specialised unit for heritage spots. The safety and restoration is of paramount importance as these places and its heritage structures are required to be conserved for posterity,” Pradhan said.

“The NDRF will finalise the plan of creating special units within the next few weeks.

The premier disaster response force will ask its personnel to volunteer for carrying out the specialised task,” he said.

“Cultural heritages are non-renewable resources. Once it is gone, it cannot probably be restored to its original shape. There is a dire need to save these sites for future generations,” Pradhan stated.

“Many inspectors and senior officers have the orientation about what is the first responder’s role and what they have to do at the heritage site following a disaster.

For example, during investigation police ensure isolation so that the public does not walk into the crime scene.

Similarly, if heritage structure collapses or is damaged, the site is to be isolated and isolation has to be done by responder first.

It is almost like a law and order situation in which people have to be prevented from walking into the site,” he said.

The NDRF chief further said that the force was trained in shoring up structures. “We can do the same for heritage properties or monuments too.

What we need is hands-on training to give support to heritage structures like a temple, a mosque or a church,” he stated.

“Now, going forward we intend to train our personnel.

The training will be done by NDRF and there will be a collaboration with institutions like Archaeological Survey of India (ASI), Indian National Trust for Art and Cultural Heritage (INTACH) or National Museum.

We are developing training module and National Disaster Management Authority is also emphasizing this,” Pradhan said.

There are 3,686 centrally protected monuments sites under the ASI, of which, 79 are located in Odisha.

According to INTACH, while close to 10,000 sites and buildings in India are protected the organisation has listed about 70,000 sites across 500 towns in the country that are of heritage value.

It further reports that there could be 11 lakh sites across 8,000 towns and villages in India that can be termed as heritage and may need to be protected.