Paradip, August 28 (LocalWire): The coastal region of Jagatsinghpur, Kendrapara and Paradip lost rows of palm trees after they were uprooted during Cyclone Fani in May rendering the people residing in the areas vulnerable to frequent lightning strikes.

Palm trees bore the brunt of frequent lightning strikes during monsoon as they were the tallest in the swamps and marshy areas but this year, reports of several people dying due to lightning strikes became a major concern for sea-side villagers. 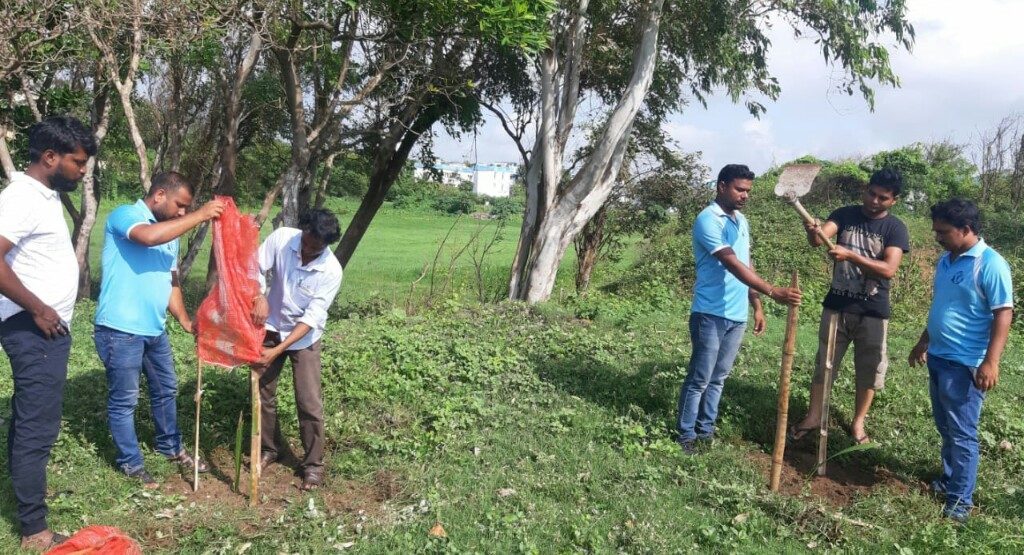 Realising it, activists of NGO Adrash Prayas decided to plant thousands of palm saplings in the coastal villages of Jagatsinghpur district.

President of Adrash Prayas, Amresh Mandal said, ‘we have started palm plantation to arrest lightning strikes. Last year, we planted 130 palm saplings in Sandhkuda area while we planted 300 palm plants in different areas, slums of port city and have targeted 1000 palm plants in port area in the Jatadhari river mouth where thousands of trees were axed for the proposed Posco steel project. After planting the saplings in the port city, we will start plantation drives in all coastal villages of Jagatsinghpur and Kendrapada district.’