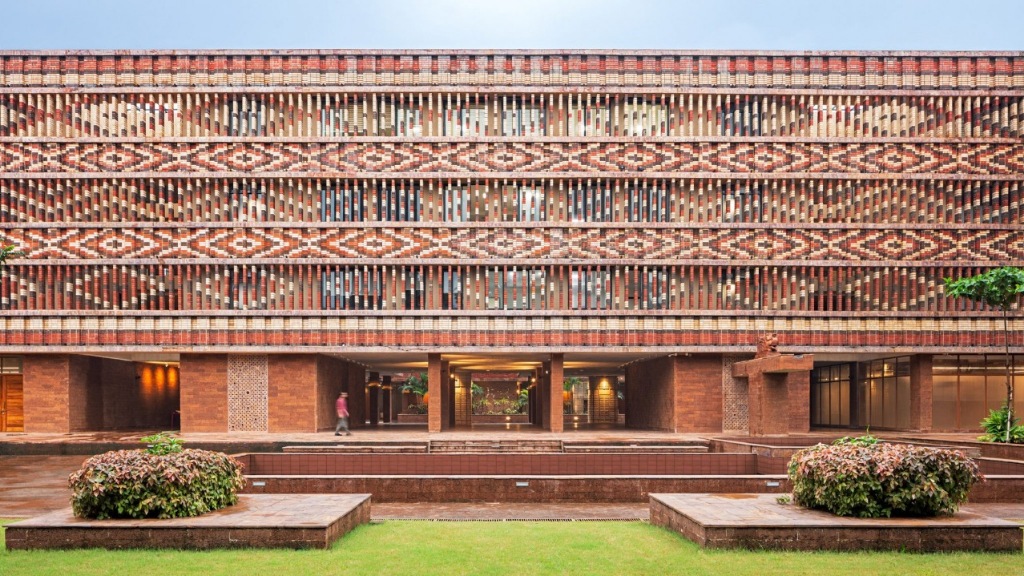 The London-based magazine covers topics such as architectural techniques, home decor and construction techniques, and is a part of Time magazine’s “Design-100” lists.

The building has been nominated for the award in the civic building sub-category under the Architecture category.

The magazine describes the building thus, “the complex houses administrative offices for the Department of Agriculture & Farmers’ Empowerment around courtyards filled with ponds and trees. The brickwork elements that wrap the upper floor create a pattern designed to emulate Odisha Ikat, a traditional dyeing technique from the eponymous Indian state.

The perforations in the facade help to naturally cool the building 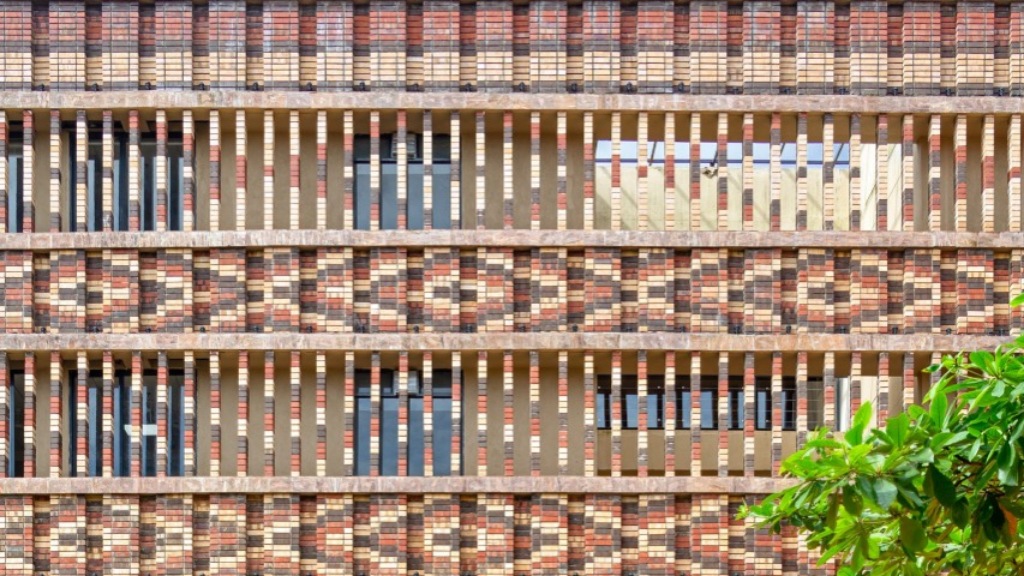 Dhokra, a type of metalwork perfected in India over 4,000 years, appears on screens along the building’s corridors and the light fixtures on columns.”

It is a matter of pride that Odisha’s Krishi Bhavan, painted in Sambalpuri Ikat design and Sambalpuri sari style, is included in the magazine.

In the past, Odisha has received the ‘Krishi Karman’ award from the central government several times.

The prize money from the Krishi Karman award has been utilized in order to give the Krishi Bhawan a unique look. The Sambalpuri sari, the weavers involved in its preparation techniques, and the farmers of the state have been represented in the new look given to Krishi Bhawan.

The exterior of the agricultural building has emulated the Odisha Ikat (a traditional dyeing technique of Odisha) using brickwork elements, by Studio Lotus. 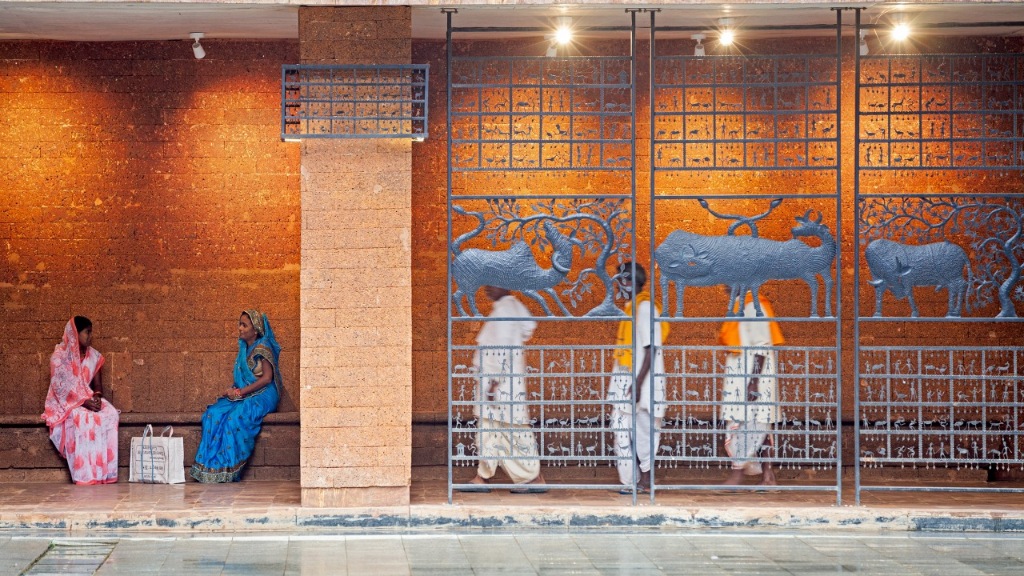 Laterite and khondalite stones were used in the construction of the building.

The corridors and screens of the building have the imprint of Dhokra work. The office has about 400 employees.

The building also has an educational center, a gallery, a library, an auditorium, and a training center, all of which are on the ground floor of the building. 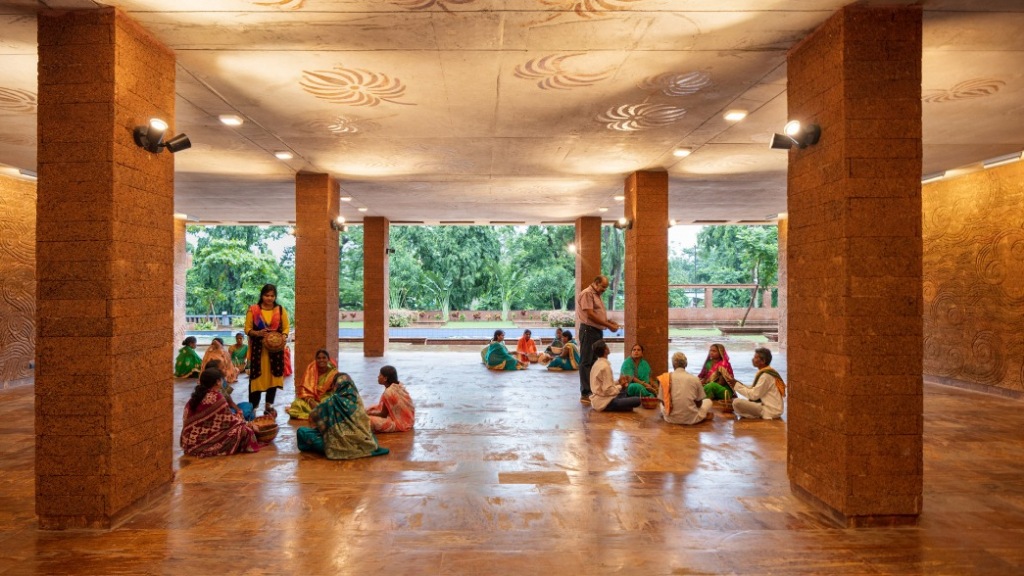 The first, second and third floors have government offices. Urban agriculture is gaining ground on the roof.