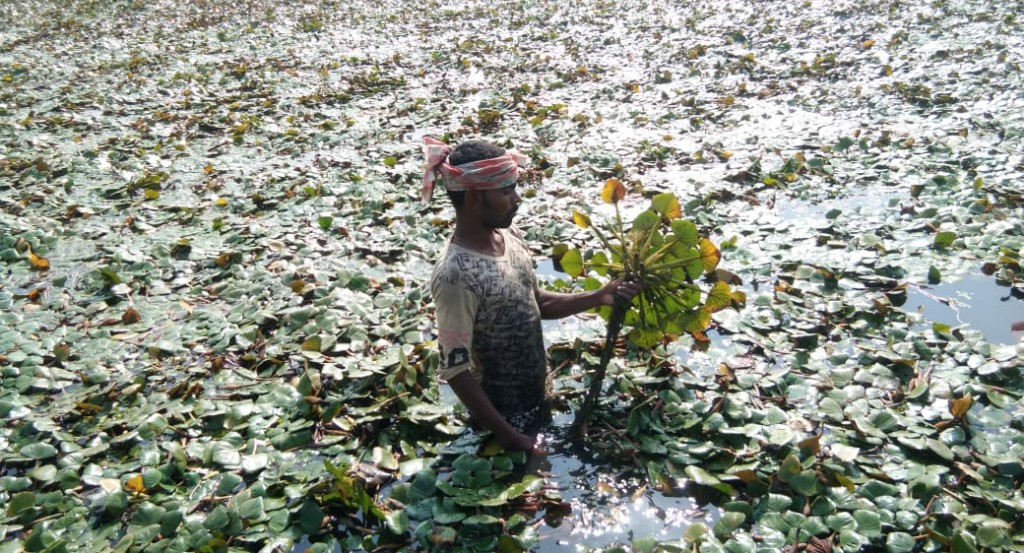 Balasore, Nov 17 (LocalWire) Ever heard of Panifal or Jal-singhara? It’s an aquatic crop grown sparsely in Balasore district and is rich in carbohydrate, fibre, vitamins and minerals.

The natural crop grown in low-lying water logging areas is stuffed with high nutritional value and fetches good yield with manifold financial return; still it has failed to attract farmers to take plunge into it.

Due to lack of awareness coupled with dearth of governmental support, the crop, though high on demand in the market all over the country, yet to get the popularity among growers.

The crop with various health benefits is generally eaten like a fruit as raw green, boiled or grilled after the outer skin is removed.

“We grow pani-fal for about 30-35 years and making profit.

If the government agencies provide technical education and support and a proper market facility, many farmers will be attracted towards this crop”, said Sarbeswar Parida, a local farmer.

Grown by about 15 farmers on both sides of the NH between Haldipada and Basta, the demand for the fruit like crop has increased due to its low price and high nutritional value besides being non starchy containing low calorie and zero fat. 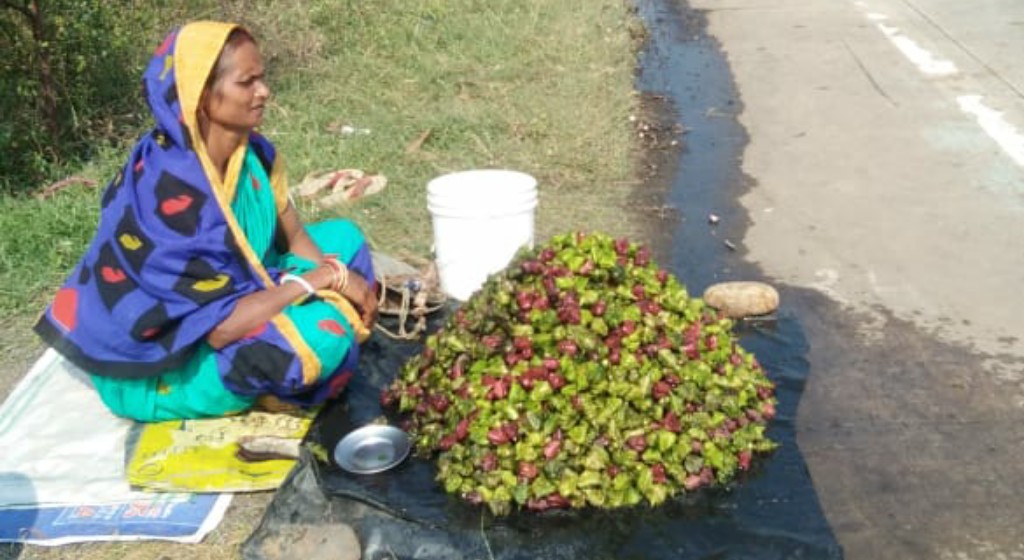 More and more growers are now attracted towards farming Panifal considering it to be a profitable business because it fetches almost 100 percent profit with hardly any care and high demand in the market, said a farmer.

Over the years the number of farmer growing or vendors selling the fruit is increasing and its demand in the global market also growing.

The growers sell the crop on NH sides at Rs 25 or Rs 30 per kg and also send them to other parts in the state.

The farmers are now encouraged to transform their paddy lands into growing Pani-phal while a few others preferred integration of both the crops to make it economically more viable, said Biswanalth Biswal, a farmer.

Its flour which is processed after drying and grinding is also used as a source of non-cereal carbohydrate diet.

Besides, the growers also sell them to the traders who prepare powder (flour) for selling them in the market.

The Pani-fal flour known as Kuttu is on high demand during festive season and religious occasions as the people consume it while fasting .